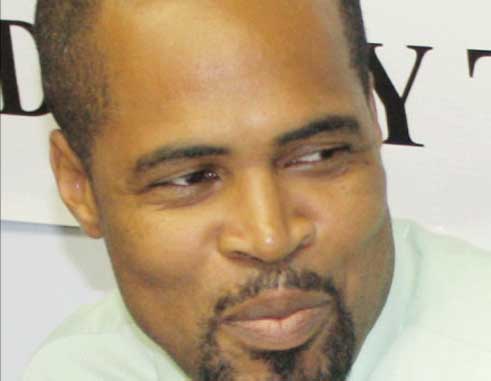 THE EDITOR:
Congratulations to the St Lucia Labour Party (SLP) on the 65th anniversary of its formation! This is indeed a great milestone for a political organization. There was much to celebrate at the Phillip Marcellin Grounds on December 6, 2015. In fact the Honourable Alvina Reynolds would have received a four chair turn if she had auditioned for the popular reality show The VOICE. She should really consider leaving her day job for a career in the music industry!

There were the usual speeches and three new candidates were introduced to the adoring crowd. One of these candidates caught my attention not because he was busy applauding himself as he arrived on stage but because he is Executive Director of the St. Lucia Social Development Fund (SSDF). According to the Prime Minister, that employee, Joachim Henry would be proceeding on vacation leave the next day in order to commence his battle to unseat the current opposition Member of Parliament for that constituency. To date I have not heard anything to the contrary so I assume that the gentleman is currently on vacation leave.

For those who are unaware, the SSDF is a statutory body, meaning that it is accountable to the Government of Saint Lucia. It is run by a Board of Directors appointed by the government of Saint Lucia. It receives millions of dollars from the government as well as from regional and international funding agencies to undertake projects around the island. In essence Mr Henry is a high ranking government employee who has to declare his assets to the Integrity Commission.

In view of Mr Henry’s position I could not believe what the Prime Minister had stated: that Joachim Henry would be starting his leave on Monday December 7, 2015 to contest the upcoming elections. Did Mr Henry wake up on the morning of Sunday December 6, 2015 and decide that he wanted to be the candidate for Castries South East? I doubt it, tax paying citizens. It would be interesting to know when this decision was arrived at. When did Mr Henry decide to run the seat for the SLP? Was it just a couple of months, weeks or even days prior to the Prime Minister’s announcement? We then must examine the SSDF’s role within the Castries South East constituency. How many projects were implemented in that constituency within the last few months/weeks? How visible was the Executive Director within the constituency during that period? Was he representing the SSDF or himself? What resources were used by the Executive Director during those trips and visits?

Now let’s examine the issue of Mr Henry proceeding on leave on December 7, 2015 as noted by the Prime Minister. Question: Did he really commence his leave on that day? Reliable sources have confirmed that this was not the case. In any event I consider it unprecedented and unethical that Mr Henry was being allowed to proceed on vacation leave, for the following reasons: (1) As one who is on vacation leave Mr Henry is still an employee of the SSDF; (2) The resources of the SSDF, including the organization’s expensive vehicle are at Mr Henry’s disposal.

In my view and hopefully that of other tax paying citizens of Saint Lucia, Mr Henry should have tendered his resignation as Executive Director of the SSDF. He should have broken all ties with the SSDF by being paid his vacation leave.

The Labour Party government needs to be careful about this double standard. Just close your eyes and think about this, you tax paying citizens of Saint Lucia. Just imagine if Mr Henry were announced as a candidate for the United Workers Party (UWP). Just imagine Mr Allen Chastanet announcing that Mr Henry was proceeding on vacation leave to contest the next general elections under a UWP ticket. What would have been the reaction of Mr Leo Clarke, Mr Claudius Francis, Mr Winston Springer and the others who benefit immensely from their support of the SLP? Their fangs would have been reaching for blood!

I find it strange that no one within the SLP hierarchy felt that it was unethical, immoral and unpalatable that the Executive Director of an organization responsible for millions of tax payers’ dollars is allowed to proceed on vacation leave to contest general elections. Shame on you all, hypocrites! Opportunists!

As a tax paying citizen of this island I demand definitive responses to the following from the Chairman of the Board of SSDF as well as the Prime Minister:
1. Is Mr Henry still an employee of the SSDF?
2. Did Mr Henry sign a new employment contract as Executive Director of the SSDF mere weeks prior to his announcement as the candidate for Castries South East?
3. What is the status of the property along the Millennium Highway? Has Mr Henry complied with the Court’s order to revert the property to its original state?
4. Is Mr Henry still in possession of the SSDF’s vehicle?
5. What is Mr Henry’s period of leave? When does his leave end?
6. Is Mr Henry expected to return to his substantive position if he loses his bid to unseat the incumbent?
I really want answers to the above.