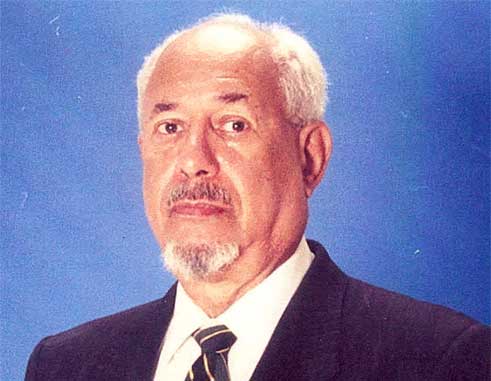 Dr.Beaubrun, who attended St Mary’s College, served as advisor in Latin American and regional affairs to the St Lucian government for many years. After his long and successful practice in Jamaica he was posted to Caracas, Venezuela as resident Ambassador with non resident postings to other Latin American countries. He died at Tapion Hospital on December 21 at the age of 85.

Beaubrun was the patriarch of a well known St Lucian family, which operates Cox and Company and was its Chairman for many years.

Returning to the Caribbean he held a number of important positions starting as Medical Officer at the Barbados General Hospital from 1957-59. This was followed by positions as Assistant Lecturer in Anatomy at the University Hospital of the West Indies and Assistant lecturer in Radiology at the same institution. In 1964, Beaubrun was appointed Acting Medical Officer for the Kingston and Lower St Andrew districts in Jamaica.

Beaubrun was a long time member of the Jaycees organization and served as Vice President of the West Indies Chapter before becoming a Senator of the world body, Junior Chamber International.

Appointed as Jamaica’s Ambassador to Venezuela in 1989, Beaubrun later became Dean of Caribbean Ambassadors in Venezuela. Identified with the People’s National Party (PNP) of Jamaica, he was a close friend of the late Prime Minister Michael Manley. He served as chairman of the PNP’s foreign committee and headed its European and Socialist International and Latin American Affairs sections. Later he became non resident Ambassador to a number of Latin American countries including Bolivia, Chile, Colombia, the Dominican Republic, Ecuador, Peru and Haiti and Consul General to the Netherlands Antilles.

Beaubrun was frequently decorated with national honours and awards conferred by countries such as Portugal, Venezuela, Chile and France. In 1997, he received an award from the Spanish-Portuguese Ibero-American Press as one who did most for the integration process between Latin America and the Caribbean.

It was during his Presidency that the MAJ President’s Badge of Office was commissioned, funded from the proceeds of successful MAJ conferences and social events. In 2003, Beaubrun was elevated to the Fellowship of the Caribbean College of Family Physicians for his “outstanding work towards the achievement of the lofty ideals of the Medical Association of Jamaica”.

The funeral service for Dr.Beaubrun will be held at the Our Lady of Fatima Church in La Clery on January 7.