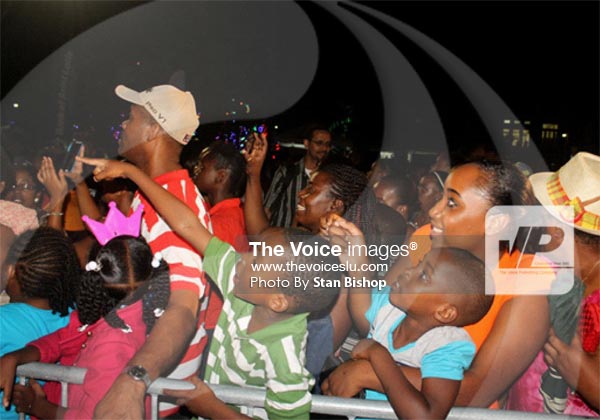 MESMERIZING creativity was the best colour of light that shone through last Friday evening when the lanterns for this year’s Festival of Lights went on public display at Derek Walcott Square.

Eager passers-by got the chance to see about fifty lanterns carried by their creators from the Castries City Hall and the parade, including masqueraders, stilt walkers, fire eaters and musicians made their way to Derek Walcott Square.

At the “Square”, three young actors – Shakeem Goddard, Anarcisse Alexander and Kevon Edwin – took the hundreds of patrons on a journey of hope, peace and goodwill. In their re-enactment of the biblical Three Wise Men, the actors emphasized that despite the many ills that plague the world, there’s always some light that shines through.

The night of colourful lights, sound and Christmas cheer ended shortly after Deputy Prime Minister, Phillip J. Pierre, switched on the Christmas lights which was followed by a colourful display of fireworks.