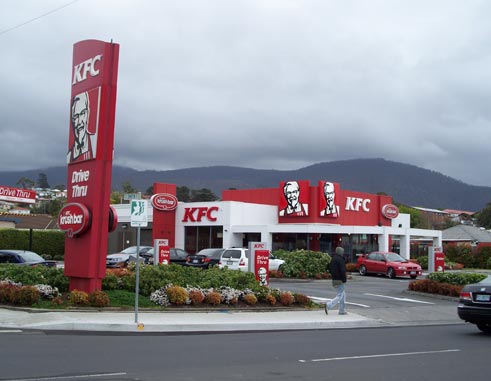 THE Royal Saint Lucia Police Force is calling on business owners to think ‘crime prevention’ particularly around this time of the year as yet another business place was robbed of thousands of dollars earlier this week.

“We cannot list specific measures that will protect you from every threatening situation, which may arise. Instead, we hope to teach you how to think crime prevention in day-to-day living,” a police statement noted Tuesday.

The statement was released by the police press relations department shortly after two masked men accosted two employees of the Kentucky Fried Chicken franchise in Choc Monday just as they were opening for business.

The men struck at about 7:45 a.m. according to police and forced the employees into the building demanding cash in the process. They left with the sum of EC$5,000.00 and one Blu-Studio 6.0 smartphone.

“If you own a business, particularly one that deals in cash, there is a good chance that one day it may be robbed. You, your employees and possibly your customers could be faced with a very dangerous situation during a robbery.

“Keep the outside doors in backrooms locked when not in use. Keep low cash balance in the cash registers. Make regular bank deposits of excess money,” police advised.

They also suggested that business owners vary the times and routes used to go to the bank to make deposits and avoid sending one person to the bank with a deposit.

“Do not carry the deposit openly in a deposit bag. Avoid hanging signs or putting displays on windows or around the sales counter that will obstruct the view of the register. And in areas that are blocked by shelving, walls or other obstructions, hang conclave (curved) mirrors,” Police say.

In their crime prevention tips to business owners, police also called careful reference checks on employees hired and have policies in place concerning employees’ friends or relatives hanging around the business.

“Customers should be greeted when they enter the business and train employees to make eye contact and engage with the customers. An alert staff can quickly deter a would-be robber. Train employees not to take risks, but to call the police if they see suspicious people inside or lurking outside of the business,” police recommended, while also encouraging business owners to upgrade their security level, especially during this festive season.