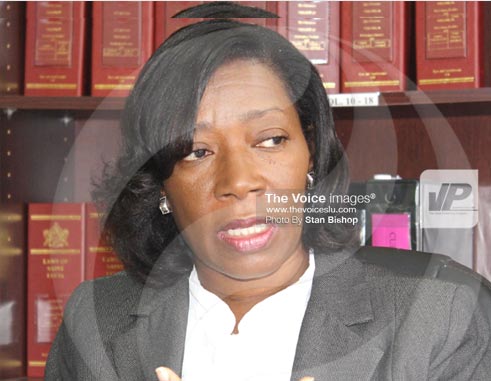 THE IMPACS Report, excerpts from which Prime Minister Dr. Kenny Anthony cited in his March 8 address has probably been the most-talked-about matter this year — aside from crime and unemployment, of course.

So much has IMPACS been a noose around our collective necks that the contents of that report and the accompanying measures called for in its recommendations have now attracted a statement from the European Union (EU).

The United States had already made its position on the matter quite clear: no prosecution of the matter, no money from them to train our cops. Now the European Union comes bearing the gifts of bad news at Christmastime, reminding us how important human rights, an effective justice system and – especially — EU visitors and investors are to us.

The EU statement on Saint Lucia released earlier this month consists of only five paragraphs and is to the point. What is clear is that while it does offer assistance to countries like ours in fighting crime and ensuring security, it reminds us that successful growth and development are deeply dependent on law and order. This might be the cue for us to request such support since our dollars always seem to be limited.

The fact that the statement highlights the progress made in key areas of our economy – agriculture, infrastructure, health and trade – serves to remind us what support the EU is prepared to withhold from us should we not end the to and fro with the Director of Public Prosecutions’ Office and get down to settling and/or prosecuting the matters cited in the IMPACS Report once and for all.

From the outset, the Prime Minister did indicate that investigating the matter regarding the twelve men said to have been killed extra-judicially by lawmen during police crackdown, “Operation Restore Confidence”, some years ago was not merely to appease external parties but also Saint Lucians. But with DPP, Victoria Charles-Clarke, now on pre-retirement leave and ostensibly having had a number of issues with said report, prosecuting the matter is still in the air, nearly a year after the report was released.

Whoever replaces Charles-Clarke as DPP will undoubtedly come in with an even tighter noose around his or her neck. Apart from the thousands of cases now languishing in our courts, the capability and/or willingness to prosecute whatever wrongdoing allegedly committed during “Operation Restore Confidence” might well be top priority for landing the job.

We certainly do not need international agencies reminding us what due process is, especially since we wear our nationality so proudly albeit not as much as we should. What is ironic and prophetic, however, is that while the code name for the police crackdown was meant to assure Saint Lucians about their safety, it has now become the crucial determinant of the international community’s confidence in us.