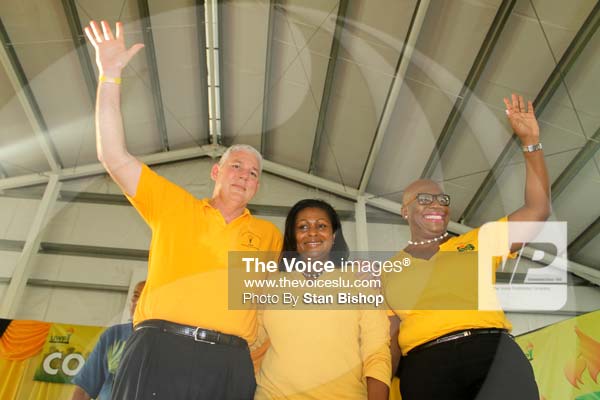 Chastanet’s lone challenger, Sarah Flood-Beaubrun, pledged her support for the party’s cause in her short speech to the delegates following her loss, saying that the real fight the party needs to focus on is the one against the Saint Lucia Labour Party (SLP).

Despite yellow being the dominant theme last Sunday, there were some colourful moments that the hundreds of delegates produced just so we could get on film. Here are a few glimpses into last Sunday’s convention.