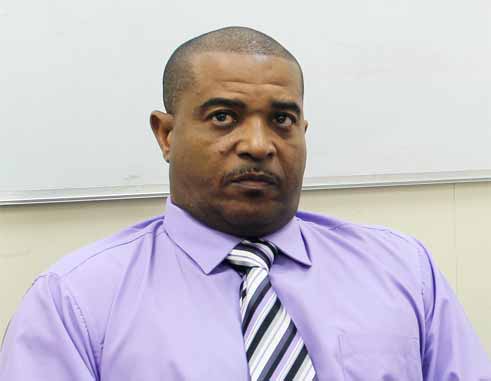 Share this post
POLICE have taken five men into custody in relation to three separate incidents where five females were allegedly raped within the past two weeks.

The confirmation came via a press briefing held at the Major Crimes Unit (MCU) office on Thursday where Acting Superintendent of Police, George Nicholas, said police were actively pursuing the matters.

Nicholas said one man has been charged with one count of rape and one count of unlawful connection in relation to the October 31 rape of two women at Reduit Beach.

He added that three people are currently in custody assisting police in relation to another matter, namely the rape of two women at Reduit on November 2.

“We are in the process of taking samples from them which inevitably will be sent for analysis, after which we should be able to make a concrete determination as to the way forward,” Nicholas said.

Earlier this week, the rape of a 97-year-old woman from Mon Repos seemed to put even greater emphasis on the recent upsurge in reported incidents on the island. The matter, Nicholas said, is one that police is “currently pursuing”.

“We have brought into custody one person and have done a preliminary examination of that person,” Nicholas said. “But we cannot conclude at this point in time that we’re going to proffer charges against him just yet.”

With the national forensics lab still closed stemming from concerns about its operations, Nicholas said DNA samples have had to be processed by external sources.

Nicholas said that due to the sensitive nature of rape cases, they are not always reported in the media. Even when the matters come before the courts, he said, they are not held in open court. For that reason, he said, the police’s real efforts at pursuing justice for rape victims become skewed.
“So the public would not have an appreciation as to the successes that are taking place within those areas,” Nicholas said. “So we don’t always report (rape) because it is very sensitive to the victims.”

Despite its human resource challenges, Nicholas said the police force remains committed to combatting criminality, including the recent rapes that have grabbed national attention. He referenced the Force’s Vulnerable Persons Teams (VPTs) located in the island’s north and south which handle reports of rape.

Acting Assistant Commissioner of Police (Crime), Milton Desir, also spoke on the issue of the police force’s under-staffing, indicating that with the many cases of rape now being reported, “we would take resources from other units to assist”.

Desir said dealing with rape cases is a very delicate process for police who sometimes have to deal with victims reluctant to make a report. In many cases, he added, victims fear even having their cases making the news.

“When they do make a report, however, they would inform us that they do not want it publicized – even if their names are not mentioned. That is part of their healing sometimes,” Desir explained.

In recent years, the debate as to whether a national online sex offender registry should be implemented has fueled much debate in Saint Lucia. While many view having it as a measure to “name and shame” the perpetrators, others say the island is too small to have offenders suffer twice. Desir said the decision for any such system is out of the police’s hands.

“This is a situation where it would have to be a policy decision by the State.as to whether we have it or not,” Desir said. “It is not something that the police can implement. We have the information (but) it’s just about policy as to where we go from there.”

Meanwhile, Flavia Cherry, Saint Lucia’s representative of the Caribbean Association for Feminist Research and Action (CAFRA), has thrown her support behind any campaign that “names and shames” people who commit rapes.

In a statement to The VOICE yesterday, Cherry said CAFRA was “disgusted and disappointed by the unacceptable rates of rapes” on the island and “condemns those horrendous acts in the strongest terms.”

“We call upon all State agencies – and especially the police force – to step up to the plate and conduct prompt and thorough investigations into all cases to bring the perpetrators of these heinous crimes to justice,” Cherry said.

Cherry also urged the relevant authorities to ensure that rape cases are handled within a short time frame within the judicial system so that the victims are not further frustrated and victimized. Describing rape as “a national embarrassment” that infringes on people’s basic human rights, Cherry said the problem must be addressed “with great urgency” and that the police update the public on the progress of such cases.

At Thursday’s police press conference, Police Press Officer, Corporal Zachary Hippolyte, confirmed that 58 cases of rape have been reported to police thus far for the year.