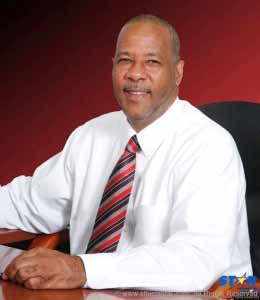 THE St. Lucia Electricity Services Limited (LUCELEC) says its customers will see a nearly 11% reduction in what they pay for electricity this month.

The power company says the fuel surcharge applied to bills being distributed in November will result in a reduction of 13.7 cents per unit. This reflects the lower average price the company paid for fuel in October as a result of lower fuel price hedges that the Company has in place for the last quarter of the year.

LUCELEC’s Managing Director Trevor Louisy says that the Company had indicated earlier this year in discussions with various stakeholder groups that these reductions could be expected in the latter part of this year.

“In the coming months if oil prices continue as they are, customers can expect further reductions in the fuel surcharge as the impact of the Company’s latest fuel price hedges take effect,” he added.

Louisy notes that the fuel surcharge is calculated on a monthly basis and that the price of fuel is a pass through cost to customers, and the company makes no profit on fuel. He says LUCELEC has been engaged in a fuel price hedging programme since 2009 to minimise large fluctuations in the fuel surcharge.

Under its fuel price hedging programme, the company is allowed to hedge a maximum of 75% of its fuel up to 12 months ahead. The remaining 25% of the fuel the company uses is paid for at the current market price.

The LUCELEC Managing Director reiterated that contrary to popular belief, the Company does not set the electricity rates. The base tariff and the formula for calculating the fuel surcharge are all enshrined in the law, the Electricity Supply Act, and the calculation of the basic tariff at the start of each year is audited and submitted to the Ministry of Finance for review.

LUCELEC is constantly evaluating its fuel price hedging programme and is satisfied that the programme has been to the net benefit of customers in protecting them from oil price shocks.