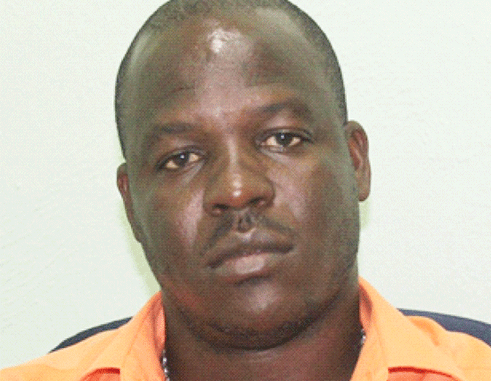 I LISTENED in amazement which quickly turned into anger while watching televised excerpts from the Police Welfare Association‘s press conference on television by Police Welfare Association and which featured its President, Cameron Laure, a few days ago. For some inexplicable reason, the Police Welfare Association which by law represents the officers from the rank of constable to inspector, has now found it fitting to take up the case of the outgoing leadership and the very small minority of police officers, who are alleged to have been involved in the extra-judicial killing of twelve (12) St. Lucian citizens, under the cover of the UWP’s “Operation Restore Confidence” in 2010-2011.

So while hundreds of young law-abiding police officers are looking to Cameron Laure to agitate for the betterment of their lot and secure increased transparency and upward mobility for them, he is instead busy seeking to protect and defend those who brought shame and despair on the Police Force through their actions during Operation Restore Confidence.

Whilst it is regrettable that Commissioner Francois got caught in this through the Report’s conclusion that he turned a blind eye to the transgressions, if Laure is half the officer he is expected to be, he should understand that as the Police Force’s leader, Francois has to take responsibility despite his likeability. Is it that Laure as President of the Police Welfare Association would abandon his charges the minute things don’t go as he intends?

Those who Cameron Laure seeks to defend now really do not need his defence because they can afford their own and better lawyers. Besides, he may be hurting rather than helping their cases with his outlandish claims. Mr. Laure should also really reflect on the fact that it is the wider majority of lower ranked Police Officers who need him now, and thus far he is failing to address their interests. I would caution Mr. Laure, to abandon his misguided attacks on behalf of the minority who are seeking to use him, and begin responding more proactively to the needs of the majority who elected him, and who need him to better represent them.

There is a palatable but patently false and fabricated view being promoted by a few in senior positions of the Police Force, that the Prime Minister’s statement on the IMPACS report has negatively characterized the entire Police Force, and hence resulted in low morale among policemen and women. That view is being promoted and promulgated by some prominent senior officers with the unsuspecting and even deliberate acquiescence of the president of the Police Welfare Association aided and abetted by some in the media and in opposition circles.

One would note though, that UWP Leader Allen Chastanet has evaded the media thus far on this issue, despite the fact that as Tourism Minister when Operation Restore Confidence was launched, he was a central figure in promoting this illegal police action. He has kept silent even in the face of the damaging allegations made by his own father, which statements give credence to the IMPACS Report’s conclusions that the killings were extra-judicial!

At this point let us for a moment return to Cameron Laure and a few of the utterances made at his Police Welfare Association’s press conference two weeks ago, trying to deny (or is it explain?) the genesis of the police hit list. The television report which I saw on HTS quoted Laure as saying: “My information is that the list came about when some notorious criminals were arrested and held at the Anse La Raye Police Station. The Anse La Raye Police were not aware of the identity of the criminals in custody and treated them like ordinary law offenders. The officers of the Major Crimes Unit who at the time visited the Anse La Raye Police Station, lamented the fact that officers were not aware of the criminals in custody. These issues were brought up at a Gazetted meeting and the Commissioner of Police – Mr. Francois – instructed to prepare a criminal profile list. … My information is several copies of the list were made available to Gazetted officers and some may still exist. One senior officer kept a copy with a notion that it would be necessary. Moreover, I have been informed that the origin and purpose of the list was explained to the investigators by a senior officer when questioned; that information was ignored: we ask the question: Why? Based on our information we can categorically report that there was no hit list, death list or black list.”

Mr. Laure’s statement sounds like that of a self-appointed judge, jury and executioner and is eerily similar to police press releases in previous matters where they have been accused of impropriety. However, his statement is a cross-examiners dream and if Mr. Laure was on a witness stand after making this statement, he would be obliterated with embarrassment for trying to elevate “information from senior officers” above verifiable evidence and facts. Perhaps Cameron Laure was too caught up in trying to defend his bosses than with checking or testing the logicality of his statements, so let us assist him.

Firstly, if a group of criminals are notorious – defined by Webster’s Universal Dictionary as “widely known, especially unfavourably” – how then is it possible that they are not known to the very agency that is supposed to be protecting the community from them? So is it really Kenny Anthony, or isn’t it Cameron Laure who is negatively characterizing the Royal St. Lucia Police Force and lowering its morale? Surely, too, Mr. Laure would be aware that on the list was at least one individual whose only conviction was “swearing” at someone else. He must be aware as well that there were others who were without a conviction of any sort. How did they come to be “notorious criminals? Was it by association?

Secondly, having admitted that a list existed, would Mr. Cameron Laure care to level with the St. Lucian people and tell us which names on that list were “liquidated” or killed at the hands of the police? Of course the CARICOM IMPACS investigators would have had a copy of the list, and would know exactly which persons on the list were killed by the police, and would most certainly have investigated the circumstances. Let us not forget the IMPACS team comprised eminently qualified experts from law to information technology to ballistics and investigators.

Thirdly, whether the list originated as a criminal profile list, a black list, a hit list or a death list, is immaterial and secondary to the fact that several persons on the list were killed by the Police. His claim that the list emerged from a Gazetted Officers meeting and upon the instruction of the Commissioner of Police, is even more damaging to the Police Force, than the Prime Minister revealing a snippet of the main findings of the report. Has it not occurred to Laure that even more damaging segments of the Report were left alone by the Prime Minister all in an effort to protect the Police Force as a whole?

Fourthly, for Cameron Laure to suggest that the investigators ignored this “information” on the origin of the list, and thereby the findings of the CARICOM IMPACS investigation are invalidated, is an attempted stretch of the ridiculous into the realm of unreasonableness. Investigators consider evidence presented, weigh that evidence, make judgments on it and decide what to include in their final report. The non-inclusion of a statement made by an officer (senior or otherwise) does not mean that it was ignored or that its non-inclusion somehow invalidates the conclusions. Is that any different to how local police investigate and lay charges themselves? Isn’t that how they daily go about their business?

And fifthly, Cameron Laure asks “why” was the “information” on the origin of the list, ignored? Mr. Laure knows only too well that this was an independent investigation and no information was ignored. He knows well that the difference in this case, was that this was not an internal Police self-investigation where the arrogance of seniority often dominates the fear of the complaining underdog, and justice is often denied.

Clearly desperate Mr. Laure would also question the legitimacy of the investigation on the flimsy ground that the officers were not “sworn in as police officers by the Commissioner of Police.” Cameron Laure is lucky it was at his press conference and not in a court of law which he made these unfounded statements.. Even then why is Cameron Laure making a case against external; investigators when Vernon Francois himself is on record as stating – in another case mind you – that whilst he retained confidence in members of the Force to properly investigate complaints against other police officers that “I suppose it is better to have people from outside the force to do so and I would have no objection.” What was IMPACS objected to in the circumstances?

St. Lucians are satisfied that the CARICOM IMPACS’ report put the blame squarely on the shoulders of those responsible – the less than 20 policemen involved in this sad, sordid and unfortunate episode. I don’t know whether Cameron Laure is among the less than 20 Policemen who were involved, but even then, the over 1300 other policemen and women in St. Lucia, would appreciate very much, if he allowed justice to take its course and not stigmatize the vast majority who simply want to live out their oath to protect and serve their country and its citizens by bringing them into a situation that they are not involved.