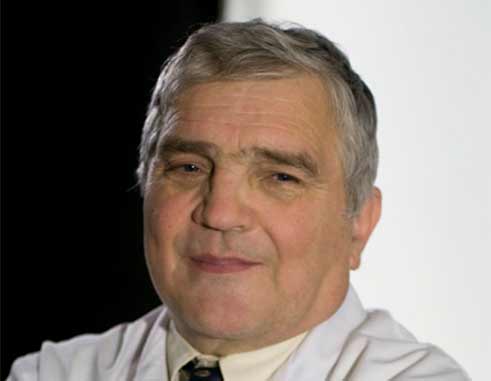 According to the World Cancer Research Fund International, in Martinique: For every 100,000 men, 227 have prostate cancer.

That number is almost twice the rate of the second country on the list: Norway (129). The United States, by comparison, comes in at No. 14, with 98 incidents per 100,000. And Martinique’s is an outlier result that looks even more eyebrow-raising when you run comparisons to figure out why.

Maybe it’s the geography? Maybe something about this little pocket of the Caribbean causes the cancer rates to spike? If so, the neighbouring islands of Dominica, or even Puerto Rico, should also show those rates. They don’t. While Trinidad and Tobago and Barbados are also in the top five, Martinique’s rates are still double. Maybe it’s the genetics? The island is a French colony, but if French genetics are the problem, then the French should have just as high rates. They don’t. Though their rates are the third-highest on the list, they are still half that of Martinique’s. And as a 2009 paper from the International Journal of Oncology found, “the growth curves of incidence rates” for Martinique and metropolitan France have been “significantly diverging since 1983.”

But some doctors have come up with a damning diagnosis: those green slopes of banana leaves. Turns out, they’re a little too green. The high cancer rate in Martinique is being linked to pesticides, primarily used in banana plantations to combat weevils. According to the 2009 paper, researchers found that the islanders’ connective tissue was being contaminated by “extremely high levels” of a nasty cocktail of “DDT, DDE, alpha, beta and gamma HCH, aldrin and dieldrin.” The paper concludes that environmental factors such as the “intensive and prolonged exposure to carcinogenic, mutagenic and reproductive toxin pesticides” may be the culprit.

One of the lead authors of that paper, Dr. Dominique Belpomme, professor in clinical oncology at the Paris University René Descartes, was asked in 2007 by politicians in Martinique to give advice on the health effects of chlordecone pollution — also called kepone, a colourless pesticide related to DDT. It is so toxic that in 2011, it was banned globally by the Stockholm Convention on Persistent Organic Pollutants. “But today, unfortunately, chlordecone was replaced by the use of other toxic pesticides,” he tells OZY, an international online magazine, “so there is no end to pollution.” Now, concerned citizens of Martinique believe the chemicals have poisoned their entire food chain, plus their rivers and coasts.

For its part, the government of Martinique, which declined to comment to OZY, has launched an investigation into the issue, through the country’s public-health prosecutors. Indeed, the rate has drawn some attention, with locals protesting and mainland France contributing aid to research and monitoring. But the results of these changes may not be evident for years. And that’s got not just the young men of Martinique worried. As Dr.Belpomme points out, the pesticides might also be linked to “women with breast cancer and children with congenital malformations.”