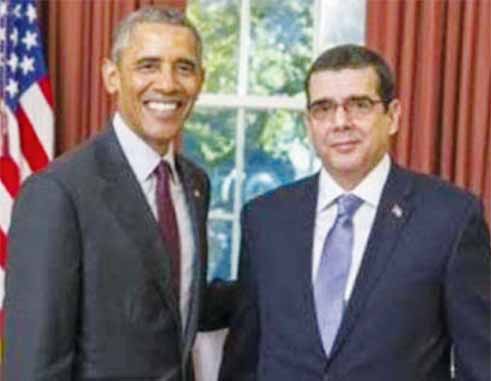 THESE are interesting times in The Americas, especially in and between Cuba and the USA, but across the continent.

Nine months later, the two countries have walked a long mile in each other’s shoes: each released prominent political prisoners, they have re-established diplomatic relations, their flags again fly in each other’s capital, embassies have been opened, U.S Secretary of State John Kerry has visited Havana, the Cuban Ambassador has presented his credentials in Washington, air and sea links have been re-established across the 90-miles that divide them, and U.S businesses have started linking Cuba trade and tourism deals.

The outgoing U.S. President is up against a filibustering Congress determined to stall his re-establishment of ties with Cuba. They also promise to stall his appointment of a U.S Ambassador in Havana – and prevent the lifting of the cruel trade, economic and commercial embargo.

Admittedly, relations between the two countries will never be “normalized” for as long as the U.S maintains the crippling and punishing blockade and maintains its Guantanamo Naval Base on Cuban soil. But too, things have never looked so bright on either side after decades of not even talking.

What wasn’t known all along, however, was that this was the end of a long but quiet negotiating process that had begun much earlier, very far away.

Soon after taking over at Vatican City, the new Pope Francis brought the two neighbouring foes face-to-face at the Holy See and offered to help them replace fences with bridges. The result is history still unfolding.

While in Cuba quite recently, another similar breakthrough was announced: after long-running talks in Havana between the Colombian Government and the FARC rebels, President Raul Castro revealed, with Colombian President Manuel Santos and the FARC leader present, that they had agreed to end Latin America’s longest-running and most deadly and costly guerilla war.

When he left Cuba, the Pope had once again ignited many local Christian spirits. He’d persuaded the Cuban state to allow for new churches to be built. He addressed a public mass in Havana’s Square of the Revolution and visited a holy shrine in Santiago. And some 3,500 freed ex-prisoners went home with his visit’s blessings.

US Secretary of State John Kerry is the highest-ranking US official to visit Cuba since the 1959 Revolution. He was greeted on arrival by Deputy Chief of Protocol of the Cuban Ministry of Foreign Affairs (former Cuban Ambassador to Saint Lucia), Lydia Gonzales Navarro, when he arrived last month to raise the American flag at the US Embassy in Havana.

The pope’s visit to the US was no less eventful. He addressed a rare joint session of the U.S. Congress, met the U.S. President and addressed the U.N. General Assembly as it adopted new Sustainable Development Goals for the next 15 years.

In all his public addresses in the U.S., the Pope vented his known strong views on major world issues — against capitalism and war, against poverty and inequality; and for education, peace, social justice, development and Climate Change.

His call on Americans (and Europeans) to see refugees as “persons and not numbers” will not have gone down well with the conservative majority in a Congress that’s legally blocked President Obama’s earlier plan to allow 11 million illegal immigrants to remain in the U.S. as documented aliens.

The representatives of the chieftains of U.S. capitalism will also have riled-up against his constant criticism of the unequal system they pledge to uphold. They cringed too, at his criticism of their “boundless greed”. Conservative America simply rejected his praise of the stance of U.S Catholic bishops against sexual abuse by priests.

On the other hand, millions of Americans will have been positively touched by what they heard from history’s first Latin American Pope. Millions of Catholics across the continent will have welcomed his efforts to introduce new reforms in the still largely conservative universal church.

His insistence, since taking the papal throne, on prosecuting men of the cloth found guilty of sexual abuse – including a paedophile Polish Vatican Ambassador to the Dominican Republic who died just before his trial started – is very welcome. In 2014 he said they should pay for their sins; and this year, meeting a group of victims of sexual abuse by clergymen in the U.S., he promised them – in the presence of bishops – that sexual abuse will be punished because those who commit these acts “make God cry”.

The Holy See is only an observer at the United Nations, but the Pope is treated as a Head of State with the powers of any king, President or Prime Minister. His words carry weight beyond the Vatican’s walls. After meeting him, President Castro said he almost wanted to start praying again. After he met the top U.S Republican John Boehner in Washington, the Republican House Speaker announced his resignation. And after saying mass with 20,000 at Madison Square Garden, he asked the mammoth congregation to “Pray for me!” Then, at his last mass on U.S soil, he called on Americans to “Believe in miracles”.

Following his recent trips to Cuba and the U.S, many will wish this particular pontiff had the power to quickly change the world for the better. Many will also want to see this son of the Americas will live forever. But even if all know that not even the Pope can perform miracles, his words will have again assured doubting Thomases everywhere that climate change has visited the Vatican – and just breezed through The Americas.