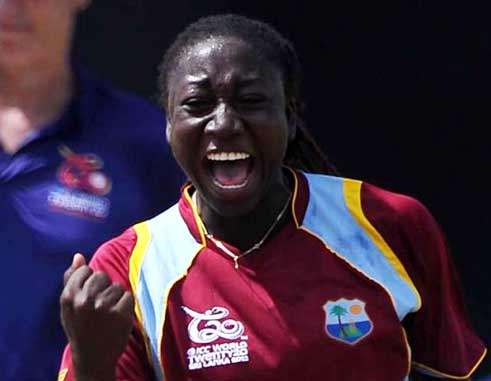 The six-wicket victory in the fourth and final match took the West Indies to the top of the ICC rankings, jointly with Australia.

Taylor and former captain Merissa Aguilleira put on 94 for the fourth wicket to enable the West Indies to comfortably chase down Pakistan’s 182.

West Indies were 86 for 3 when Deandra Dottin departed in the 23rd over for 25. However, Taylor and Aguilleira ensured there were no further hiccups till the latter fell in the 42nd over with only three runs needed. Taylor hit ten fours in her 107-ball knock while Aguilleira made 37 off 62.