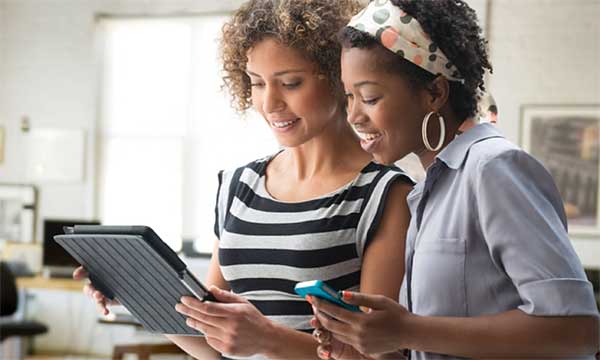 “A dark side to technologies that include cyber bullying, child pornography, identity fraud and child trafficking.”

SOCIAL networking has within a relatively short time become a fundamental aspect of human interaction. With the almost instantaneous transmission of information, social media, and by extension the internet have literally revolutionized societies throughout the world.

Surfing the web and data sharing have helped improve communication skills of our youth and their educational opportunities. However, at the same time, there has also been a largely hidden, unrecognized dark, criminal side to these new remarkable technologies, a side which neither governments, social service agencies, nor human justice organizations have begun to adequately address. This dark side includes criminal activities that range from cyber bullying, child pornography, and identity fraud to child trafficking, all activities that result in devastating outcomes for thousands of young people (the most severe being entrapped or sold into sexual slavery).

These crimes often affect naïve and impoverished youth who unknowingly through their own actions or through members of their family, peers or community become victims. The Caribbean Mentorship Institute is very disturbed by the recent uploading and sharing of videos of adolescents in school uniforms engaging in pornographic or illegal gang activities. The Institute is making an urgent appeal to educational institutions, parents, guardians, mentors and peers to implement a range of effective preventative/proactive policies and interventions in your schools, homes and communities, interventions designed to educate our youth about the potential dangers involved in the use of social media and the Internet.

The President of the CMI acknowledges that, “children and teenagers should have access to the internet for entertainment, communication and learning”..At the same time, she considers it critical that, “once a child or youth is given an electronic device like a tablet, mobile phone or laptop, he or she should be fully aware of the dangers that may occur with its usage”. Unfortunately, more often than not, children and youth are given these devices without parental guidance. As important as it is for youth to learn how to properly use these devices, the prerequisite should be that they are well informed about the potential dangers involved before they even begin exploring the virtual world.

While some older children may have the capability to foresee and avoid such dangers, countless others have and continue to become victims of cyber-crimes. We must also seriously address our communities’ failure in properly mentoring and guiding our children’s development when students voluntarily pose in their uniforms holding guns or engaging in sexual acts including intercourse. Given the reality, we cannot afford to sit back and assume that any of our children will necessarily “know better” than to engage in such dangerous activities. All responsible parents and educators need to step forward now to implement preventative and interactive dialogues with children about the risks of social media and the internet – and to promote interventions that will ultimately guide our youth onto developmental paths that are healthy, empowering and safe.

The Pew Research Center for Internet, Science and Technology recently released findings that 92% of teens between the ages of 13 and 17 reported going online daily with 24% being online almost constantly. With the convenience and 24/7 access provided by mobile devices, especially smartphones, it is not surprising that more than half (56%) of the teens interviewed reported going online several times a day, with 12% reporting once-a-day use. An even smaller percentage, 6%,reported going online weekly and a mere 2% less often than weekly.

The PEW study also found that teenage girls used social media sites and platforms, particularly visually-oriented ones, for sharing more than did their male counterparts. In contrast to girls, boys were more likely than girls to own gaming consoles and play video games.

The Institute recognizes a well-established fact that teenagers tend to be ‘early adopters’ of new devices and technologies, frequently using cameras, mobile phones and computers to upload and share videos, photos and other material on the internet. Older teens tend to become more sophisticated creating their own blogs and vlogs or reading/contributing to those of others.Some spend a great deal of time viewing user-generated content, such as YouTube videos. And many teens actively communicate, correspond and share personal information social networking sites and applications such as Facebook, Tumblr, Snapchat and Instagram. These social media sites allow users to send and receive messages and share photos, videos, games and applications.

Strong friendships are important in helping children adapt to the stresses of adolescence.As such, social media can provide very positive resources for youth. Such sites can support existing friendships by providing youth with ways to stay in touch with each other after school hours. These and other types of sites can provide peer-based or professional support, such as online counselling. For some youth, seeking and obtaining peer or professional help through a website is often more comfortable and less stigmatizing than going to a school counsellor or therapist’s office.

In conclusion, while the Institute acknowledges the significant contribution these technologies and sites can make towards the academic and social development of our youth, it also maintains that cyber safety is critical to ensuring rewarding interactions in the virtual world. There are many ways that parents, educators, peer counsellors and community members can help in achieving these two complementary goals, many of which are outlined above, including safety education in advance of children’s usage, keeping up to date with the latest technologies and social networking sites, working in the home and in school to help identify safe and rewarding internet sites and applications that are well matched with each child’s academic and social preferences and needs..Additionally, it is also essential that we become vigilant in recognizing and reporting abusive and predatory on-line activity, including the sharing of personal information that in any way violates a person’s rights.

Finally, we must advocate urgently and strongly for the Implementation of cyber laws that are critical to protecting the rights of our children and older youth.