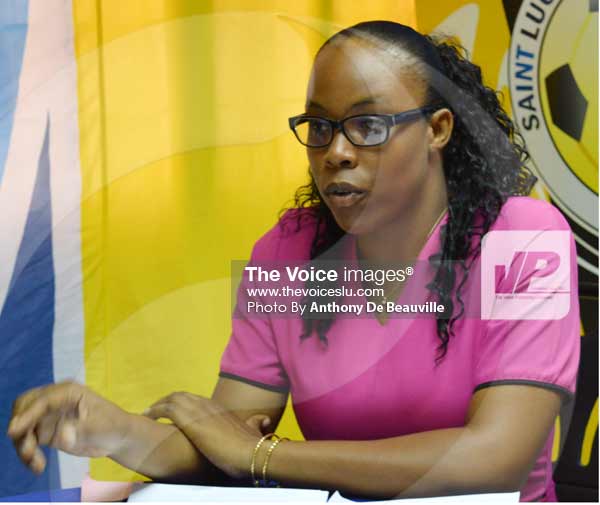 The matches scheduled are Northern Zone – B Dominators vs Police from 5:00 p.m; Big Players vs La All Stars at 7:00 p.m. Both encounters will be played at the Marchand Grounds.

Thirty one clubs are competing in the championship split into eight groups.

The clubs will play each other in their respective groups, while the top two clubs will then proceed to the next round of competition. The semi final and final which will determine the top eight clubs will form a first division for 2016.

The President’s Cup was officially launched at a press conference on Tuesday morning at the headquarters of the SLFA, whose Assistant Executive Dianthea Justin spoke on the objective of the championship:

“In an effort to continue the development process of football in St. Lucia, the SLFA enforced the re registration system of football clubs within the district football leagues. A total of 36 clubs emerged from this system and hence the SLFA created the President’s Cup along with the mandate of the President”.