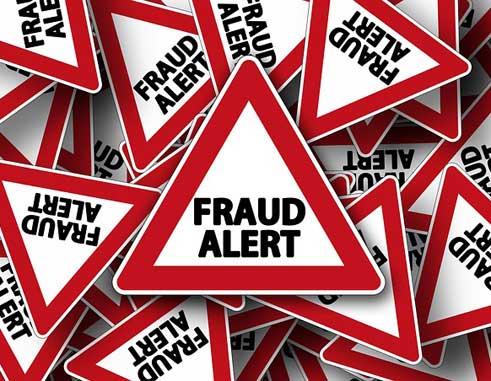 ON a recent episode of “Open Mike” on DBS television, many St. Lucians were most shocked at some of the statements made by the host – Mr. Michael Chastanet and his guest – Senator Mary Isaac. In what was clearly an attempt to promote and defend the Opposition United Workers Party (UWP), they seemed to be suggesting that its Political Leader – Allen Chastanet, along with Parliamentarian – Guy Joseph and Candidate Mary Isaac herself, were justified or should be excused on the basis of ignorance or precedence for their recent breaches of Parliamentary decorum.

Notwithstanding that scholars of parliamentary practice have poured scorn on Allen Chastanet’s distasteful actions in giving instructions to elected Parliamentarians from the public gallery of the House of Assembly, his father, Michael, would use “Open Mike” to suggest that there is nothing wrong with his son’s actions.

Mary Isaac would also seek to justify her bad manners in walking from the public gallery across the Parliament Chamber while in session (to go and eat the Parliamentarians’ food ahead of them), with the amusing excuse that she was hungry! So she was too hungry to use the proper exit which would have quickly and quietly put her in Constitution Park and would not have entailed unfastening the barrier to walk across the parliament floor while it was in session! Is that the message we want to send to the children of St. Lucia: that you can break protocol and display bad manners and simply say you were hungry?

However, perhaps the most offensive part of the Michael and Mary performance was when they sought to equate Mary’s walk and Guy Joseph’s “since when that’s your role” attack on House Speaker – Peter Foster – with Kenny Anthony and the SLP’s principled walkout of the House of Assembly during the UWP’s planned Ramsahoye Report lynching! Dr. Anthony who had been exonerated of any wrongdoing in the Rochamel matter by the judicial system up to the London Privy Council; was still brought before the UWP’s Ramsahoye Commission of Inquiry which again found nothing new, but tried to justify its three million dollar ($3 million) price tag by spinning Rochamel into Frenwell and seeking to attribute administrative oversight to the Prime Minister; whose prescribed constitutional responsibility is policy direction. The commission’s lawyer, Trinidadian Reginald Armour, in a written opinion, advised former prime minister King, that there was no basis to bring any legal proceedings against Dr Anthony. Of course this opinion was never published. But Stephenson King, much to the chagrin of some, was gracious enough in recent times to suggest that the UWP wasted too much energy on these matters.

So when Kenny Anthony and the SLP Parliamentarians walked out and called the UWP Parliamentarians “renegades” it was on a point of principle, fairness and justice – against the then government’s vote to deny Dr. Anthony additional time to defend himself against allegations of impropriety. Kenny Anthony and the SLP paid full respect to the Speaker at the time – Mrs. Rosemarie Husbands-Mathurin – and she understood that the walk-out was against the government side for its unprecedented vote against a motion for the extension of time for the Leader of the Opposition, who was the one accused.

What then about the SLP’s walk-out against injustice can be equated with the simple and plain bad manners, poor parliamentary decorum and gross disrespect displayed by Allen Chastanet, Guy Joseph and Mary Isaac? Absolutely nothing! So “Open Mike” must be careful about the comparisons it makes and the conclusions it draws from those analogies. In this case, the comparison was grossly inaccurate and so the conclusion has ended up being dead wrong.

The credibility of “Open Mike” must now also come into question, as we examine its motives and orientation. Most St. Lucians grudgingly respect the achievements of Michael Chastanet as a successful St. Lucian businessman and investor. Some have criticized his shrewd and dominating methods and this has been encapsulated by Sam “Juk Bois” Flood’s colourful creole descriptive of Big Mike as “Pwan Tout” or “take everything.” Mr.Chastanet’s son – Allen – has ventured into politics and it is understandable that Big Mike would want to support his son’s ambitions, and maybe his own as well, to be the father of a Prime Minister. Many St. Lucians now see the “Open Mike show” as the “Support Allen Chastanet and his UWP Faction Show,” and to them this is distasteful and offensive.

St. Lucians who were expecting Michael Chastanet to bring the benefit of his business experience to the discussion on the state of the economy, have been utterly disappointed. An honest analysis would show that the Labour government has stabilized the economy which was in a freefall of successive declines when Kenny Anthony took over from the UWP government in which Allen Chastanet headed the lead Tourism ministry. Under Kenny Anthony and Labour, investor confidence has returned, tourism performance has been record-breaking and construction activity is returning. Most businesspersons point to these developments as positive indications that things are getting better and St. Lucians will continue to enjoy the benefits of the SLP’s prudent but progressive policies.

The disappointment wouldn’t be that bad, at least if there was some attempt at fairness and balance, rather than the all-out unwarranted attacks on Kenny Anthony and the Labour Government, juxtaposed against the selectively blind and blatantly biased defense of Allen Chastanet and his UWP faction. To hear Michael Chastanet put it on “Open Mike”, one might believe that Kenny Anthony and the Labour government are the worst government in the history of Saint Lucia. Michael’s misrepresentations may lead some to mistakenly forget that it is Kenny Anthony and the SLP government which has had to clean up the mess of corruption, incompetence and impropriety left by the last UWP government in which Allen Chastanet was a leading member!

Some of the most embarrassing governmental debacles since adult suffrage in 1951 occurred during the reign of the last UWP government, and Allen Chastanet as Tourism Minister was at the centre of many of them! One simply has to recall the James Hepple debacle which cost Saint Lucian taxpayers over US $1.2 million without any tangible benefit to the country. Then there was the Boxing in Paradise spending spree, the Food and Rum and Caribbean Marketplace million dollar rent one tent expense; the Black Bay Lands giveaway which has cost this Government over sixty four million dollars ($64.0 million) thus far and counting, to get back the land for the people of St. Lucia. And let us not forget the Tuxedo Villas Affair and Allen Chastanet’s characterization by a High Court Judgement as “not a credible witness.”

Allen had given testimony which was contradicted by the Cabinet minutes and as a result he was diplomatically called a liar by the court . It should be noted that the court overturned a Cabinet decision which was designed to protect a Cabinet member from prosecution by the Customs Department, and Allen Chastanet (as Tourism Minister) was the one who facilitated the illegal decision in the first place.

It is clear therefore, that “Open Mike” is on a politically fraudulent course. Mind you, this is the same Michael Chastanet who expressed indignation when Kenny Anthony said that the next election is not about the SLP versus the UWP but about the Chastanet’s desire to control the levers of political power for their own ends. What more proof is needed now?

The facts however, are on the Kenny Anthony’s side as he continues to lead an honest and productive Labour government with no clouds of corruption, incompetence or impropriety hanging over the administration’s head. Therefore, our simple advice to Michael, Mary and their Allen minions is to take a big dose of truth tablets and then maybe their utterances would be more believable.