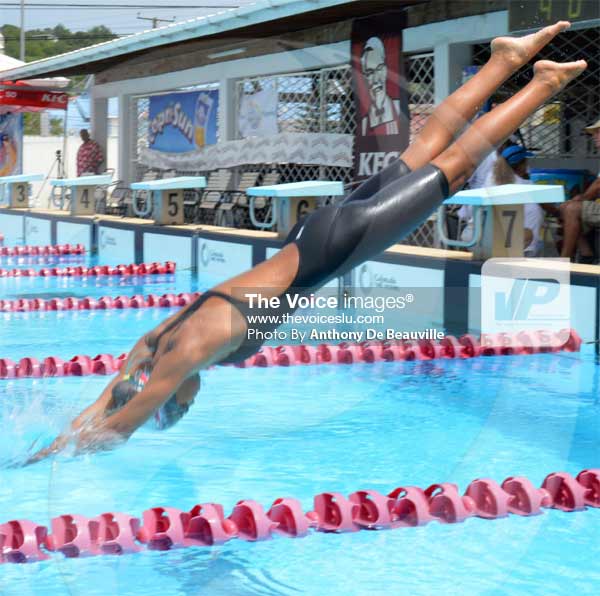 ST. LUCI has named its team for the Organization of Eastern Caribbean States Swimming Championships, scheduled for Antigua and Barbuda from November 5 to 8. St. Lucia won last year’s tournament here at home.

Despite the many new comers and the unavailability or non inclusion of Elliott, Bruce, Emmanuel and Augier the defending champions are all set to throw their talent in the Antigua Aquatic Centre pool in St. John’s.

The team comprises swimmers from 8 and under to 18 and over categories and for the first time two of these swimmers will compete in the Open Water category.

The 36 member team will compete against swimmers from Antigua and Barbuda, the British Virgin Islands, St. Vincent and Grenadines and arch rivals Grenada. While in St. John’s, the squad will be under the watchful eyes of coaches Jamie Peterkin and Brian Charles and supported by three officials.

According to SLASA Public Relations Officer Sue Monplaisir, though facing challenges to fund the cost of sending the team to date, SLASA has received support from LIME, LUCELEC, West Indies Shipping, Piton Malt, Bank of St. Lucia, KFC and the swimming fraternity.

Meanwhile, tomorrow, the fund raising continues at the Pigeon Island Causeway near the Landings Hotel with a BBQ and Tube Rides from 1:00 p.m. – 6:00 p.m.