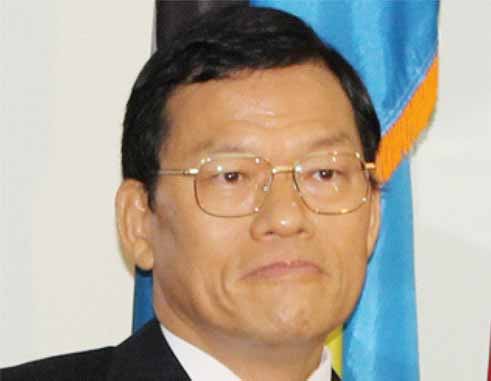 A NEW Taiwanese Ambassador to Saint Lucia has been appointed following the end of a three-year stint here by James Chang. He is Ambassador Ray Mou.

An embassy official told The VOICE that Ambassador Mou was due to arrive in Saint Lucia yesterday to take up his appointment immediately.

A formal statement on Ambassador Mou’s appointment should be forthcoming from the Taiwanese Embassy shortly. Among the ambassador’s first public appearances will be at next Tuesday’s reception hosted by the Taiwanese Embassy in celebration of the 104th National Day of the Republic of China (Taiwan).

Mou’s predecessor, James Chang, has ended his stint here and left Saint Lucia two weeks ago, reportedly to take up another diplomatic post in Asia.

Chang, a career diplomat with nearly four decades of service, including in the United Kingdom, the Philippines and the United States, served in Taiwan’s Foreign Ministry from 2010 prior to taking up his appointment as Ambassador here. He replaced Tom Chou.

Chou took up his post as Taiwanese Ambassador to Saint Lucia in 2007, following the re-establishment of diplomatic ties between the two countries when the United Workers Party (UWP) administration took office in December 2006.

Chou’s five-year stint in Saint Lucia drew sharp criticism from the then opposition Saint Lucia Labour Party (SLP) between 2007 and 2011 which on many occasions accused the Ambassador of meddling in local politics.

Tensions rose high in September 2010 when the SLP issued a missive condemning Chou’s actions which the party felt “falls below acceptable diplomatic standards” and “tantamount to blatant interference in our domestic politics.”

At a press conference, the SLP also stated that the party would not treat the Ambassador with the respect that his office deserved, eventually writing to Taipei requesting a recall of Chou.

Unlike his predecessor, Chang did not seem to attract the kind of attention the colourful and outgoing Chou did. However, Chang was able to normalize relations between the Taiwanese Embassy here and the SLP when that party formed the government following general elections in November 2011.

However, a Ministry of External Affairs official told The VOICE yesterday that news about the Ambassador’s appointment should be made within the coming days.

“We’re still awaiting official documents from the Governor-General’s office as of now,” the spokesperson said. “Following that, the public will be made aware as to whom that person is.”