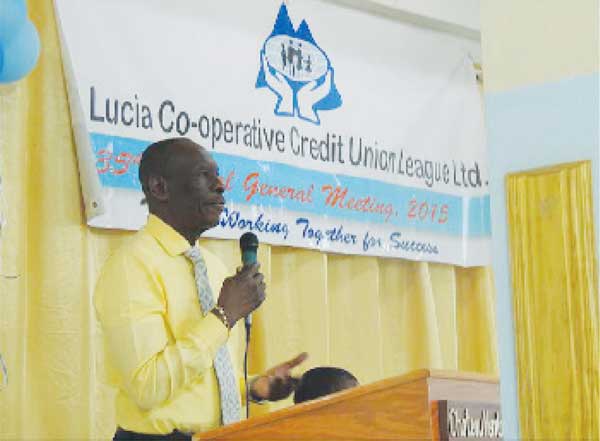 THE St Lucia Co-operative Credit Union League Ltd was established on the 26th January 1977 to serve the credit unions and co-operatives of Saint Lucia by providing the highest levels of leadership, growth, strength, unity, professional service, quality information, self-sustenance of the cooperative movement through advocacy.

Since then the League has evolved to serve solely the credit unions as their secondary body. Coordinating the collective resources of the Credit Union movement; facilitating education and training. The League creates an enabling environment where Saint Lucians use the cooperative concept in meeting their socio-economic needs.

The people of Saint Lucia, like people in most countries, have always had traditional ways of working together for mutual benefit – the sou sou and coupe-de-main being among the most popular. However, organized co-operation in the form of a registered cooperative society was first practiced among farmers through the formation of Agricultural Credit Societies around 1916. By all accounts, those societies were short lived.

Organized cooperative activity resumed in the 1940’s with the intervention of the British colonial Office, through a Memorandum on Co-operative Development from the Secretary of State for the Colonies. The memorandum requested the territories to adopt Co-operative legislation where this did not exist and Saint Lucia was the first British colony in the Caribbean to have enacted such legislation. That happened during the period 1946 to 1948

Between then and now, cooperative activity of one form or another has been undertaken by different groups of people including farmers, fishermen, craftsmen/women, teachers, policemen, consumers, civil servants, trade unionists, taxi-drivers, tradesmen and students.

Surveys conducted worldwide repeatedly confirm that members of credit unions are more satisfied with the service they receive from their credit union than are their counterparts who are customers of banks.

• Credit union elections are based on a one-member, one-vote structure. This structure is in contrast to for-profit, public companies where a stockholder’s voting power is according to the number of shares they own.