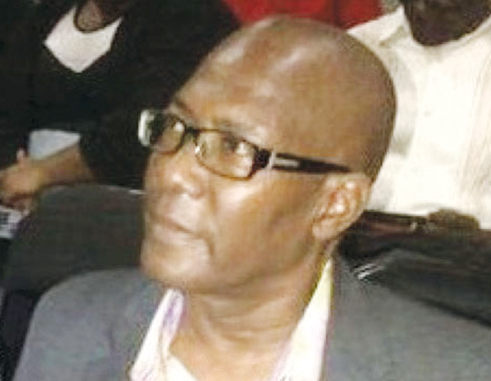 HELLO CARICOM, a four song musical CD, with twelve tracks has been released, according to lyricst/vocalist Gandolph St. Clair, with Abbeystone Productions, being the Executive Producer. Associate Producer is Jerome Dusauzay.

The songs include HELLO CARICOM, which was written in support of the present slavery reparations platform. It calls for a unified voice in representing the claim, being made by the governments of the region represented by CARICOM.

Then there is VOLEUR, a Creole composition, written about the flagrant robberies, which have been happening on public and private property and DOCTORS IN THE HO– USE, another Creole composition that reflects satirically on the academics with doctorates in the corridors of the House of Assembly.

The fourth composition BINS AND TINS, is the theme song of a one act play written in 1981. This reggae composition implores the need for reflection on the past, in respect of charting a way forward, in the present turbulent times that challenge the dreams of people and the hope of the youth All lead vocals are by Gandolph St. Clair with Ron Louis, who recorded, mixed and mastered all the tracks at his Mix Lab Studio in Laborie, doing all the background vocals. Other musicians who worked on the project were Gilbert Cooke of Lynx Studio, who worked on three of the tracks and the late Titus “O Jah” Joseph who worked on BINS AND TINS with lyricist St. Clair, when the two were members of the now defunct Quavers Orchestra.

The HELLO CARICOM CD was manufactured by CRS Barbados with photography by St. Clair and layout artwork by ClendonBiscette of Full Spectrum Design and can be listened to on www.abbeystoneproductions.com. Purchases of the HELLO CARICOM CD can be made directly from Abbeystone Productions.