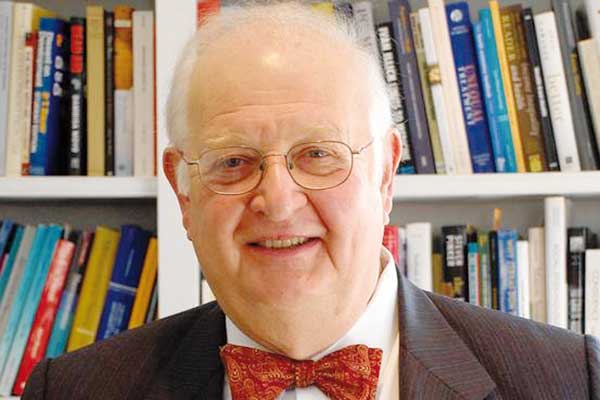 THE Nobel Prize for Economics for this year was awarded to Angus Deaton, a professor at Princeton University in the USA. Having read the research done by Deaton, one is left to wonder whether he has the solution for Caribbean economies.

Deaton believes in evidence -based economics and has made some startling comments on the use of Foreign Aid Funds in developing countries. Economists have noted that countries that have an abundance of natural resources, like oil and diamonds are those with the lowest growth rates, are less developed and impoverished. It is sometimes referred to as the “natural resource curse’. Deaton has commented that foreign aid and grants given to countries are also not creating economic growth and creating similar problems to the ‘natural resource curse’.

We do not have to go far to see the effect of both phenomena in the Caribbean. Guyana with all its natural resources is still a struggling economy. With all the billions pumped into Jamaica under PetroCaribe, still the Jamaican economy struggles. Deaton is of the view that strong institutions are the platform for economic growth, and that aid funds should be directed to the strengthening of these institutions.

Jamaica’s debt to PetroCaribe was reported at US$ 3.0 billion , St Vincent and the Grenadines is at US$ 51.85 million and Dominica at US$ 23.6 million . Is it a fact that strong institutions are central to economic growth? Should Small Island states focus on building these strong institutions as the platform for economic growth? Are we better off without PetroCaribe?

We have heard much talk about the Ease of Doing Business Report and the significant slide we have experienced over the last few years. We have set up a National Productivity Council as part of a response to improve our ratings. The focus cannot be to have a good ranking, as I can assure you that no investor goes on the World Bank website to see where a country lies on the Ease of Doing Business in making an investment. The slide in the ranking is saying that other countries have made steps to improve the functioning of their institutions and that Saint Lucia has not moved similarly.

We have to first look at the Judiciary to ensure that this important platform for economic growth is well built. We need a new Hall of Justice, which should be an immediate priority. I would place this new facility in Cul de Sac, just below Peter & Co. Ltd. Many would say that there is a risk of flooding, but flood mitigation measures can be installed to deal with this occurrence. We then need to ensure that the judges and magistrates are available to cater for the needs of the society. Every citizen must be confident that a matter in the court can be completed expeditiously. The overcrowding in the remand section at our Correctional Facility thus becomes a thing of the past.

We then have to look at our Planning Approval Process. While many have focused on the DCA and they have become the whipping boy, the problem has nothing to do with the operations of the DCA. The Act which governs the operations of the DCA says that an application when received must be processed within a specific time. This new clause was constructed to ensure that the processing of applications is expedited. However, because of this section of the Act, the DCA has to ensure that all components of an application are submitted simultaneously. The work of the Referral Agencies then becomes critical to the application process. Unless you have approval from the Ministry of Health and the Fire Department, you cannot submit the application to the DCA. There is no dedicated Department within the Ministry of Health to deal with applications and thus this forms a part of the daily activities of the Environmental Health officers. These officers have to juggle with looking at applications and their other functions within the Ministry and this situation thus creates a source of delay. The application process thus slows down, and institutional failure becomes evident.

I believe the present focus of the government should be in looking at the strengthening of the institutions of the State and allow this platform for economic development and growth to be established. Angus Deaton has some good ideas for small island states and the economists of the Caribbean would do well to look at his research and to examine the feasibility of adoption of these ideas within our societies.