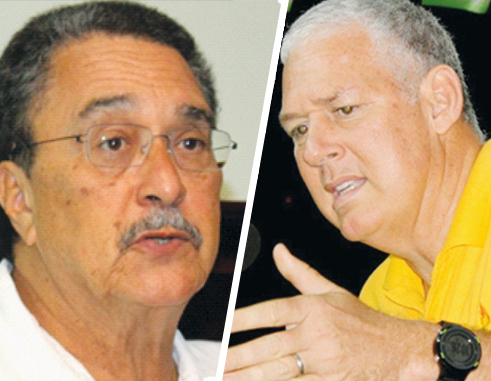 GIVE your fellow Saint Lucians a break politicians.

Isn’t the SLP’s rebuff of Michael Chastanet’s visibly emotional recount of his experience with an impoverished mother of Bruce Ville, Vieux Fort another example of misplaced attention and confused priorities? Why are persons in this society always so inclined to react to and dwell on the trivialities instead of addressing the real issues?

No doubt, this needy mother that Mr. Chastanet spoke about would not care less how authentic are the tears of Allen Chastanet or Kenny Anthony. If she cannot even feed her own children, it is rather obvious that her priority would be on obtaining help and relief for herself and family and rightfully so.

Given the manner in which this issue was brought to light, through partisan lenses, the plight of this individual and others like her is most often lost on the politically divided public. That pressing need for some type of social welfare mechanism to support indigent students in obtaining school supplies is lost in the grand scheme of things.

Apparently as soon as politicians decide to put on a side show, a large section of the public becomes distracted and sidetracked, at the expense of more pressing economic and social issues currently bearing down on the citizenry. Issues including the presence of a major social scourge like the one Chastanet referred to underscores that in the midst of the economic decline, parents are barely scraping to send their children to school. Parents on the most extreme end of the poverty spectrum are too indigent to even consider sending their children to school on their own pockets in 2015 in Saint Lucia. The fall -out of such socio–economic woes may result in children being deprived of their education.

Persons are continually blinded to the substantive situations and discussions which should form part of the agenda for development and progress simply because the ego or image of politicians is supposedly bruised. The emotional portrayals of politicians are irrelevant.

Abetta Country wishes that one day persons will come to have a more responsible social conscience which is not swayed by the questionable devices politicians use to gain points over their opponents.

Anyone trained in public speaking will attest to the emotive techniques that speakers can use, be they facial, tonal or body language to connect with one’s audience. Prime Minister Dr. Kenny Anthony has used this device effectively on countless occasions. Coming quickly to mind, among others, are his most recent swearing– in ceremony when he bowed his head for about a minute or two seemingly overcome by emotion, then the post-Christmas Eve trough press conference and the following New Year’s address among countless public appearances when the Prime Minister really seemed to be all solemn and sad faced.

There is no barometer to measure his sincerity but the Prime Minister connected with his audience by showing empathy at a time of loss, despair, sadness and destruction. However, the same options to use such devices should and do remain open to others as well.

Politicians are among the segment of the society who ought to be able to best take care of themselves; yet the society obsesses and fawns over them as if they are little babies. Turns out the people who are really suffering can’t find a voice to speak up on their behalf because everyone is so busy speaking for and protecting politicians so that their extra fragile egos are not bruised or the huge chips on their shoulders do not fall off. What a society.