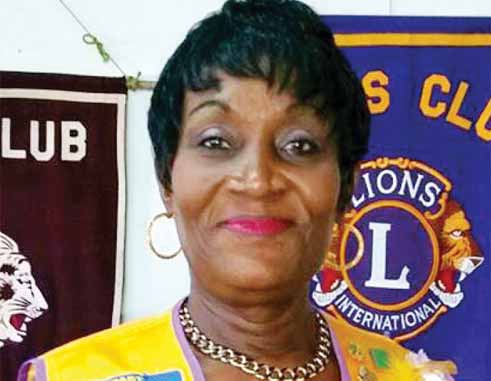 THE Lions Clubs of St. Lucia has announced two of its members to the public who are going to lead the clubs with strength and virtue for the Lionistic year 2015-2016.

This year Lion Monica Felix of the Soufriere Pitons Lions Club was appointed as Region Chairperson for the Sub-District 60B. Her role is to oversee and manage the Lions clubs of St. Vincent, Barbados, Grenada and St. Lucia. Her message to her clubs was simply outlined in her introductory letter:

“As we seek to “Take a stand and make it right through service”, let us focus on Lion Marvin Grant MJF District Governor’s core areas for the fiscal year 2015-2016 with diligence and pride and work towards a successful year.

“I pledge my support and look forward to continue working with the Lions family in assisting in the implementation and execution of the District Governor’s goals and objectives.”

Felix has been a proud Lion now for 28 years. She states that being a Lion has taught her to serve in the areas where a need arises and to give back to one who might be less fortunate than she is. It has given her several opportunities to build self as a leader and it has allowed her to foster different networks in the Caribbean. She has held the position of president, secretary, and Membership Chairperson at club level, and at district level she has held the position of Diabetes Chairman, Zone Chairperson and now proudly serving as Region Chairperson.

Felix would like to urge the public to join what she said was the world’s largest service organisation whereby collectively “you can assist the less fortunate instead of individually and make life a beacon of light for them”.

Cecilia Marcia St. Ange joined the Lions movement approximately 21 years ago and has enjoyed sharing, giving and most of all serving in her community. She has held many positions in her Club, the Lions Club of Gros-Islet; including First and Second Vice President, First and Second Year Director. She also served twice as president in 2010 to 2011 and 2014 to 2015 and has held the positions of Chairperson for Health and First Sight and The Elderly, for many years, where she represented her club through their partnership with the St. Lucia Blind Welfare Association.

Working with the Lions Club of Gros-Islet and partnering with the other Lions Clubs in St. Lucia, has been a very rewarding experience to Ms. St Ange. She states that her attendance at the various District Governors’ Audits has enlightened her abput the expectations and level of commitment required, and enabled her to grow in Lionism and continue to strive for excellence in every area.

Her current role as Zone Chairperson 3B commenced this Lionistic year July 2015 to June 2016 and she therefore takes this opportunity to thank all Clubs in Zone 3B, Sub-District 60B, for their pledge of support. In her words: “Let us continue our journey together and embrace the Seven Pillars of Excellence.”

Lion St. Ange’s theme for 2015-2016 is “Commitment in Lionism, through participation and partnering”

Both St Ange and Felix are registered nurses by profession.