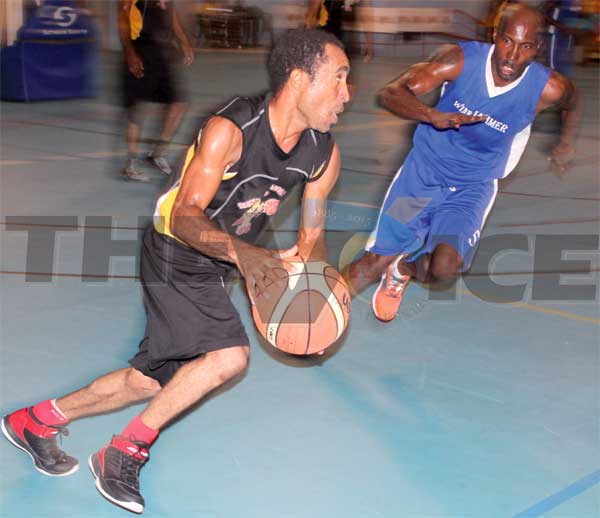 THE excitement continues this evening with the loud shouts and whistle blowers as the Commercial Basketball League moves into day three at the Beausejour Indoor Practice Facility with another double header.

From 6:00 p.m. St. Lucia Teachers Union will be up against Insurance All Stars; while from 8:00 p.m. basketball enthusiasts will see two teams from the tourism industry, Sandals Resorts will look to fancy their chances against Anse Chastanet Ballers.

Meanwhile, in the only game played on Wednesday, Renwick and Company trounced Windjammer Landing 70 – 27 in a one sided affair. From the opening whistle Renwick jumped off to an early lead with a balanced offensive attack and stifling defence which Windjammer was never able to adjust to leaving the halftime score 26 – 16.

On the resumption saw Renwick maintaining their tight grip on the encounter as Windjammer Landings, under the watchful eyes of head coach Matthew Rafael could only manage 5 points in the third quarter. In the final quarter Renwick had all to play for as they went on the rampage scoring a massive 22 points to Windjammer Landing’s 6 points giving Renwick an easy victory.

Renwick were led by KFC player of the game Durocher Antoine who scored 22 points, 10 rebounds, 4 steals and 5 assists, Larry Shepherd chipped in with 19 points and 14 rebounds. For Windjammer Landings, Travis George scored 7 points, 3 rebound and 4 steals in their defeat.