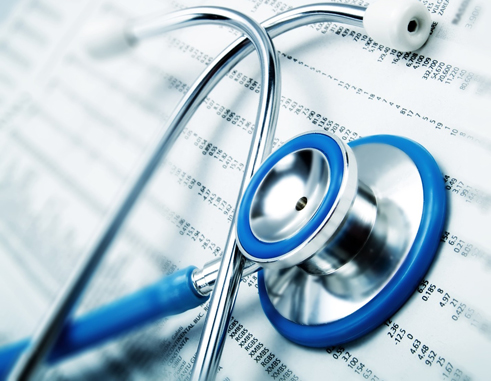 The feeling is being widely expressed that the quality of health care in St Lucia is on the decline.

In fact, some people are expressing the view that this is one of the main reasons why “so many people” are dying in our country.

Added to that hospitals are said to be under-equipped with vital pieces of equipment, like dialysis machines, inadequate, non-existent or over-worked.

The public is waiting anxiously for two hospitals, one in the north and the other in the south, to become operational. The new national hospital has been idle for months. What is the reason for this state of affairs?

Do we have our priorities right as far as in proving health care is concerned? What is the real state of our hospitals? Are people dying for want of better health care? Tell us what you think.

Tim Holt:
We all have heard the horror stories. In fact, health care in St Lucia is worrying. My own personal view, and based on observation, is that there are people dying in St Lucia from conditions, they ought not to die from. I have had one relative in hospital in recent months and from my own observation, and using past experience, the attention that she received from that hospital was not the best.

Jason:
We fneed more professionals, nurses and doctors. Get rid of those incompetent nurses and doctors. And give better pay to those who are good at their job. Else we need to open the doors for more private health care facilities
Also, the cost of medicine should be cheaper.

Red Smith:
Well I think that there are insufficient health care facilities in our hospitals and health centres which are having a negative impact on the citizens of Saint Lucia.
One solution…. The government can hire more nurses, dispensers etc to work at our health centres. But they complain about a lack of capital, so they can’t afford more workers but they can simply ease up on the unnecessary spendings on irrelevant activities and use that money to pay employee; salaries.

Alice:
I wonder sometimes if Health Care is “RIGHT” in St. Lucia. I think 85% of Saint Lucians believe that health care should be available and affordable to all St. Lucian citizens. The biggest issues revolve around what that basic health care should be and how it will be handled and paid for. Add that to the public that has no understanding of the medical system and that news stations and politicians rely on that public.

Women, children and men die every year just because of lack of preventable health care services, Let’s fix this so it will not keep increasing. More than half the population has no access to health care and that’s just rough. Maybe hundreds of thousands are not even recorded. If health care is readily available in our country, that’s why we die of silly preventable diseases like the common cold, diarrhoea or just a simply ignored blood clot.

Born Lucian:
I don’t think we are getting good value for our money when it comes to the national health service? It seems we are paying a fortune for health care, but according to recent surveys we have more people dying from cancer due to waiting times in seeing a specialist. The service is one of the worst in St.Lucia. There’s no way I’d blame the doctors or nurse’s for this, but the way the system works. yet there are billions of dollars invested into the service. Will it make a full recovery or is it terminal for the national health?

Tricia:
Ah my favourite topic; you are correct. It isn’t the doctors and nurses fault, in fact they are pretty teed off about this as well! This is how it works. The Labour government thought that people are selfish and won’t work sufficiently unless they have set targets and so they decided to make hospitals into businesses and now these new ‘businesses’ have to reach targets to get paid, and so you end up with hospitals caring more about their targets than the patients and their care.

Sheena Labadie:
It genuinely pains me to see the state of our health care system in St. Lucia. For something that should be an undoubted priority, it seems that it has taken a backseat as everyone has politics, national security, and the economy on the brain…not that these issues are not important, but in my opinion, health care should be at the top of that list because an unhealthy nation means an unhealthy economy and all the ills that are bound to ensue.

I’ve spent a lot of time in the island’s main hospital, VH, and the way that this facility is run, beggars belief. When you tell me that a packed maternity ward is manned by one doctor and about six nurses at night, an emergency room is manned by one doctor and two on a good day and about five nurses as well, leaving patients to sit in a waiting room for well over six hours…something is seriously wrong.

To add to these issues, and mind you, I only pointed out two out of many examples, there are so many cases of people dying at the hospital inexplicably…mothers in labour, children with asthma, people coming in with easily treatable ailments just…gone and the families are left to grieve without closure as they never receive true or sufficient information about their loved ones’ passing. One would think that they might as well stay home and die as opposed to going to the hospital where you are in discomfort for hours, get poked and prodded by frustrated and tired nurses and are placed in substandard rooms with beds that are kept together with planks of wood (I know about the wood for a fact…my bed had it whilst I was there for months and I SUFFERED Big Time).

The Health Minister has the gail to tell people to make use of the health centres before running to the hospitals yet doctors only attend certain heath centres on certain days and if you arrive after their patient quota is filled for the day, you’re screwed. So tell me why should I take my sick self over there? And to add insult to injury, I mean health centres are for the sick right? Then why is the place set up like the people are there to be punished with substandard furniture and basic facilities? It’s appalling! And some might say, well there’s always Tapion, if you’re going to complain then go to Tapion, where you will get five star treatment…I work hard and pay enough money monthly to deserve better treatment from our health facilities than this. I am not an animal and I don’t appreciate being treated as a second class or even third class citizen in my own country…as if my health care is simply an afterthought. Tapion is a poor excuse for a hospital because they will not hesitate to turn you away if you don’t have the load of money that they are demanding upfront so NO, I will not go to Tapion. I am disappointed that the people with the power to effect change and get the ball rolling, continuously choose to waste the budgets elsewhere rather than pump it into an area that is in dire need of attention and fixing.

Sunne:
I believe that here in St. Lucia our Health Care System leaves much to be desired. We receive sub-par treatment because basic health care is subsidized by the Government. Whilst, we are being over charged by the private institutions, most of our population cannot seem to afford the high costs associated with meeting their health care needs. With regards to emergencies, the system somehow believes that people don’t fall sick on weekends since all of the outer health facilities are closed leaving the main hospital struggling and scrambling to provide an effective and efficient service. I would like to suggest that our government look into the exorbitant fees associated with health care here, and also look into having some of the health facilities in the larger communities like Gros Islet for example remain open on a weekend to lessen the burden on the main hospital. There are many opportunities for improvement in our health system here, but I also do appreciate that everything will not happen at once, and it is still a work in progress.