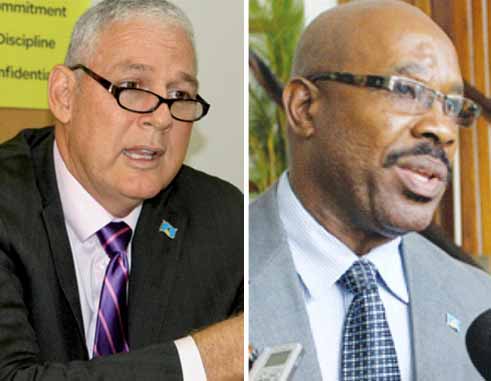 THE EDITOR
AS a St. Lucian I listened to the constant attacks on Allen Chastanet by the Castries Central MP since his expulsion from the United Workers Party. Before divulging into the nitty gritty of the matter, let me commend Mr Chastanet for his party’s decision AS HELL HAVE NO MORE FURY THAN A SCORNED EGOIST.

When the most powerful country in the world denies the entry of an individual (more so an elected member of Parliament) into their country this is indeed extremely telling. Uncle Sam has repeated time and time again that they possess the longest memory and the longest arm but more importantly since the wheels of the Department Of Justice in the US grinds slowly and surely, one can only imagine what the outcome is likely to be.

The Caribbean region is now under intense scrutiny by the US for a number of reasons familiar to all and sundry and one only has to revisit the extradition of Dudus Coke of Jamaica and the recent extradition request of Jack Warner from Trinidad and Tobago despite his position as a Member of Parliament. So undoubtedly, when US visas are withdrawn, serious answers and questions will follow suit.

It is ironic that the same individual who remains persona-non-grata and representative for Castries Central levelled an attack on the United States for their decision on the recently passed Gay Rights Bill vis a vis St. Lucia’s stand on the matter. Is the MP aware of the fact that St. Lucians will follow their own mind as to whichever direction they wish in respect to the gay trend and if the MP is as savvy as he pretends, then he should be aware of the status quo on the island as far as the rights of all individuals are concerned.