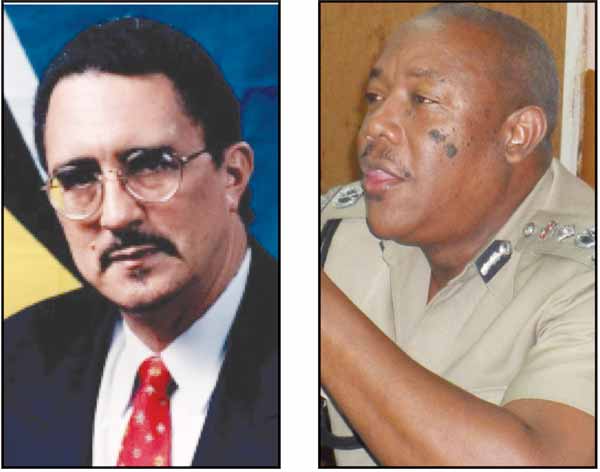 But Will It Appease Police Welfare Body?

A new formula for promotions within the Royal Saint Lucia Police Force has been implemented but will this issue, which has always been controversial over the years, continue to be a source of anxiety and embarrassment for the Force?

Neither Prime Minister Dr. Kenny Anthony nor acting Police Commissioner, Errol Alexander addressed that particular part of the promotions process when they spoke at last Sunday’s promotions ceremony for 42 officers who successfully went through the process. However they agreed that what exists today is far better than what was in place before.

“This new system may not be perfect but it is far better than what existed in the past. Whatever flaws exist, we need to resolve them as it is vital that all police officers are confident in the decisions yielded by the process,” the Prime Minister said.

The 42 officers who were promoted, 27 from Constables to Corporals, 11 from Corporals to Sergeants and four from Sergeants to Inspectors, undertook a written examination supervised by the Sir Arthur Lewis Community College, a polygraph test, an interview segment and a group exercise.

However the Police Welfare Association (PWA) is not so keen about the new formula, having fought against it as recently as this year.

The process which started last year almost caused a clash between the Association and the Home Affairs Minister, Philip La Corbiniere.

The Association wanted it deferred citing flaws in the process and wrote two letters to Minister La Corbiniere requesting a suspension of the promotions, both of which he failed to respond to.

Cameron Laure, the Association’s President, at the time said that the Association was concerned with the promotions guidelines which were disadvantageous to PWA members.

The Association had gone as far as forwarding some of its own recommendations to the overseers of the promotions process.

But efforts at arriving at some sort of resolution failed and the Association decided to take the matter to a court of law, which it did in February of this year. The court denied the Association’s bid to stop the promotions from moving forward, a verdict that came less than an hour prior to the scheduled time set by the College for writing the exams.

The exams, on February 26, went on as planned with officers who were at the court hearing scrambling to get to the examination room in time after the court verdict was given less than an hour earlier.

Alexander is of the view that the promotions process is fair and transparent and provides equal opportunities for all officers to advance their careers in accordance with available positions.

“You have been selected through a process that the Executive is confident was uniformly applied ….,” he said.

It is not known whether the Association agrees with Alexander on that particular issue. However it is common knowledge that in the past, promotions within the rank and file of the police department was based on favouritism, nepotism and the opinions of a few, as noted by Prime Minister Anthony last Sunday.

“Promotions should never be a tool of discrimination or victimization or the advancement of self-serving agendas. The negative effects of such forms of promotion are clear to us all: demotivation and demoralization, corruption, abuse of power, disrespect and insubordination, even attrition of those who are frustrated,” Dr. Anthony said.

According to the Prime Minister the decision to redesign the system of promotions was a step towards establishing a meritocratic mechanism.

“It is crucial that we move to a system that is clear and accountable and which leans less on the influence of the subjective and more of the objectivity of testing, examinations and formal interviews. Finding the right balance in developing a framework for promotions has thus been no easy accomplishment in itself,” he said.

Both the Prime Minister and the acting police commissioner believe that promotion should not be about the length of service or the ability to peddle influence within the ranks.

With Alexander, promotion is all about a person’s potential for the future and not his/her past performance.

For the Prime Minister, it’s about leadership, noting that once the personal attributes have been identified then the question must always be: Does the applicant have the quality to be a leader of his or her peers?