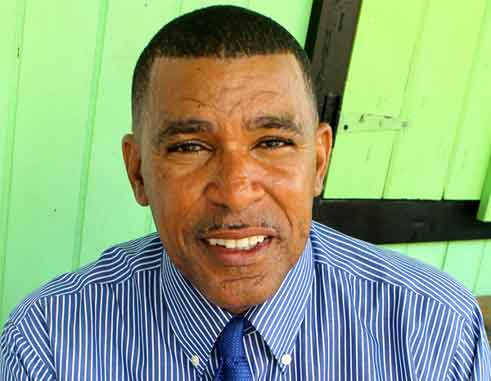 THE opposition Lucian Peoples Movement will hold its first national convention August 23 as it steps up preparations “to rescue Saint Lucia from the jaws of the prevailing political and social madness that is rife in our country.”

The convention to be held at the Grande Riviere Secondary School in the Mabouya Valley follows months of dedicated planning and active engagement with a wide cross-section of the Saint Lucian citizenry, the LPM said.

Under the theme “Saint Lucia deserves a fresh start,” the convention will bring together 170 delegates from around the island, who will thereafter be referred to as the “People’s Congress,” and will then move to enact the solemn responsibility of electing an official National Council for the LPM.

The LPM said that given the current state of affairs in the country, reflected in the alarming unemployment rate of 24.9 percent nationally and a staggering 50 percent among the island’s youth, there is an undeniable need for real change.

It said: “The deafening silence of the Saint Lucia Labour Party (SLP) government—coupled with its inability to expeditiously address the issue of youth unemployment, which could potentially unhinge the stability of our nation in the not too distant future—is frightening.”

“Meanwhile, the United Workers Party (UWP) has spent the last eight years (2007 to the present, since the death of John Compton) engaging in dirty internal political warfare, which may have not only blunted its effectiveness as a government from 2006 to 2011 but also rendered the party a pathetically inept opposition from 2011 to the present. Without a shadow of a doubt, the UWP bears an equal responsibility as the SLP for the current state of affairs in Saint Lucia”.

The onus was therefore, on the LPM to rescue Saint Lucia from the jaws of the prevailing political and social madness that is rife in our country, the party said, adding that as “a young but astute political movement”, the LPM understood perfectly that it will take more than a series of bellicose calls for the removal of the present government in 2016.

“Therefore, to foster an environment for real change in Saint Lucia and to ensure that the island’s next government and parliament are not dominated by the same group of recycled career politicians who have made a personal living out of running for office, the LPM has made the bold decision to open up its internal process to enable fresh blood with new ideas to emerge as the face of the party”, the party said.

Apart from those who have already submitted their names as nominees to the National Council, the LPM will give full consideration to “other fellow Saint Lucians who love their country, who have grown disillusioned with the status-quo mentality and broken promises of both the UWP and the SLP, and who have now opted to be a part of the LPM”.

Among several featured events slated for the convention is the introduction of the Unemployment Forum. This segment will highlight the issue of unemployment in Saint Lucia by allowing youth and other citizens who are currently unemployed to tell their personal stories of the hardship and frustration of trying to survive in Saint Lucia.

The LPM will also introduce and adopt a set of policy ideas referred to as the Green Document for Prosperity and Stability in Saint Lucia. These policy statements are a blueprint of how the LPM intends to govern and will contain a number of practical ideas for job creation, crime management, foreign policy, agriculture and agri-business, education, and health, among other areas. Another notable featured event will be a special address on gender relations.

The party said the highlight of the day would be a grand musical presentation by Saint Lucia’s number-one solo group, the Secret Band from La Borne, Gros Islet.

It has invited “all citizens of goodwill to join us at the convention and to help spread this very important message of real change and a fresh start for our island home”.