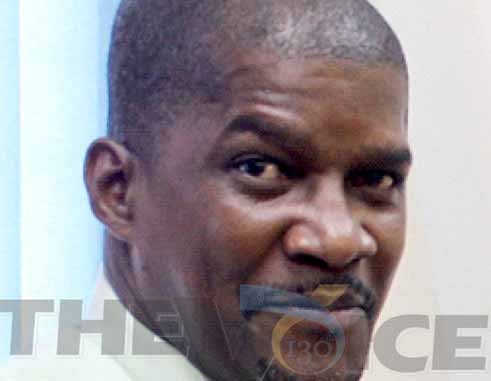 Share this post
A Saint Lucian playwright is hoping that his award-winning play makes a big statement when it is staged at a regional gathering to celebrate the arts later this month.

Michael Fontenelle’s “An KwiDouvanJou” is currently being rehearsed in preparation for the big stage at this year’s CARIFESTA XII to be held in five Haitian cities from August 21 to 30.

The theatrical production will share the spotlight with other artists from the 14-member CARICOM region in disciplines such as dance, cuisine, fashion, cinema, visual arts, literature, music, theatre and arts and craft.

The play’s title translates to “A Scream Before Dawn” in English and is written mostly in Creole. It runs for about 90 minutes during which its seven characters deal with a myriad of conflicts including death, non-acceptance and religion.

Fontenelle summed up the essence of “An KwiDouvanJou” when The VOICE got a chance to see the actors at rehearsals on Thursday evening.

“The play is really an allegory about the state of our country and its culture,” Fontenelle said. “It’s an allegory of where we are as a people: we’re fighting among ourselves with all of our different value systems and there’s the need for us to engage each other. We need to begin to talk about who we are as a people and what defines us.”

Fontenelle wrote the play in 2011 and it was first staged in 2012 as part of Nobel Laureate Week activities. In 2013, it was awarded the Award for Playwriting at the National Arts Festival as well as a production award for being deemed the best stage performance for that year.

The play is currently being directed by Esther Matthew, who has been teaching theatre at the school level. This is her first major directorial effort, Fontenelle said. The cast is made up of seasoned and novice actors, including Richard Ambrose, Black Pearl, Christopher Duncan, Joachim Clauzel and Sadia Chandler. The playwright believes the CARIFESTA XII audience is in for a real treat.

“We have the shared advantage and asset of the Creole language with the Haitians, so we expect to have an appreciative audience,” Fontenelle told The VOICE.

Saint Lucia’s full team of about two dozen representatives is expected to leave the island for Haiti next Wednesday. Following the staging of the play in Haiti, there are plans to take it to a few venues in Saint Lucia, Fontenelle said.

While “An KwiDouvanJou” is the first play by the playwright to be staged, Fontenelle has written about half a dozen more.

Fontenelle said finding a venue to rehearse and stage theatrical productions continues to be a challenge for playwrights and actors. Nevertheless, he said the actors will endeavour to leave an indelible impression on their audience in Haiti. He also hopes to replicate that experience when the stage is next play here.

“The beauty of this particular production is that we have a good marriage of serious themes and comedic situations. So I’m hoping that when we stage it soon that we will get the appreciation from the local audiences,” Fontenelle said.

First held in Guyana in 1972, CARIFESTA is the Caribbean’s largest cultural and artistic event that fuses all forms of expression in the Caribbean and Latin America.