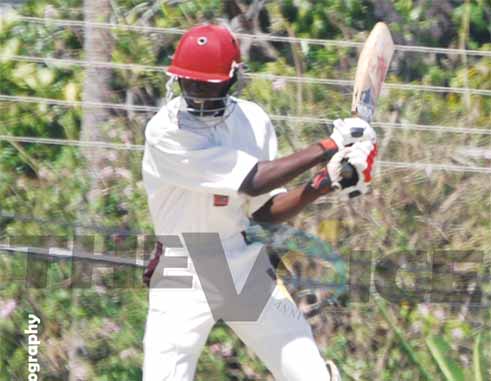 Third St. Lucian on Under-15 Team.

A third St. Lucian youth cricketer has been included in a 14-member WICB Under-15 Invitational squad just days before the team leaves for the United Kingdom.

To date Kimani has been a cut above the rest with some outstanding performances throughout the Massy United Insurance Under – 19 School Cricket Tournament, the Windward Islands Under – 15 tournament which saw St.Lucia retaining the championship and the recently held WICB Under – 17 tournament where the Windward Islands emerged as champions and Kimani went to top the batting averages.

A student from the Babonneau Secondary School, Melius also holds the record for the highest score ever by any St. Lucian cricketer – 275.

The tour which runs from August 21 to 31 has been organised following an invitation from the England Barmy Army Colts.

“The tour has the potential to become an annual event depending on its success this year,” said Manager, Cricket Operations of the WICB Roland Holder.

“This will provide our younger players with the opportunity to showcase their skills against their peers from another country. It will serve as a great tool for talent identification and development for our 15-year old players.”

The tour includes a series of limited-overs matches comprising 50 overs-a-side, 45 overs-a-side and Twenty20 including an opportunity to play at the spiritual home of the game, Lord’s, against the Chris Gayle Academy on Monday, August 24.

The captain of the WICB Under-15 Invitational squad will be named at a later date.