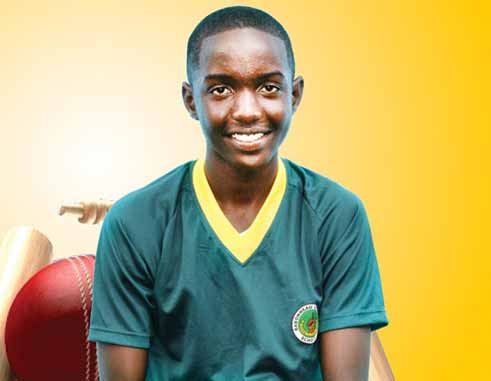 ST. LUCIA’S young sportsmen and sportswomen continue to excel with little or no support at all, but those who strive for excellence in spite of the various challenges they face must never go unnoticed for their outstanding performances.

Today The VOICE has opened a new chapter strictly to acknowledge the junior player for the week.

Cricket: KimaniMelius – A student from the Babonneau Secondary School, the right hand batsman /wicketkeeper was a member of the recently held Sandals Cricket Academy / Ministry for Youth Development and Sports training Camp. During the camp he had scores of 115 and 62. At the closing ceremony he copped the prestigious awards for the “Best Batsman” and “Outstanding Cricketer)

At present Melius is touring the United Kingdom with the WICB Under – 15 cricket team.