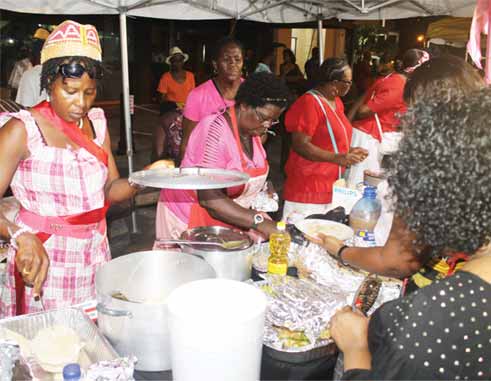 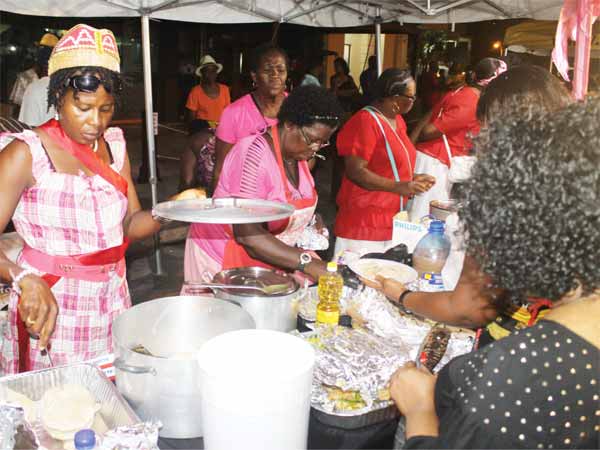 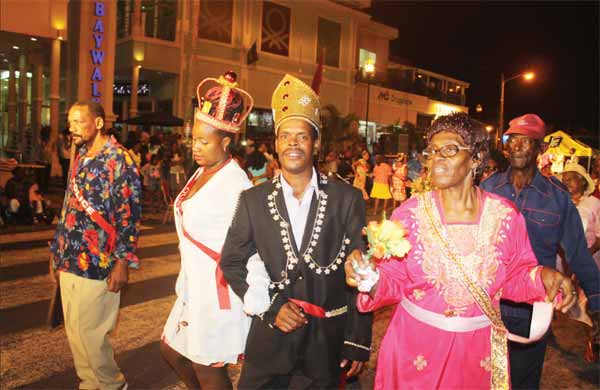 The séance was organized through the collaborative efforts of the Cultural Development Foundation (CDF) and Folk Research Centre (FRC) and was aimed at giving those who never witnessed a La Rose séance the opportunity to do so. 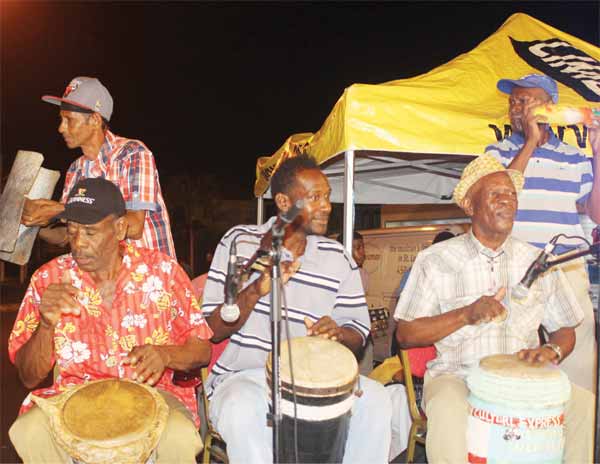 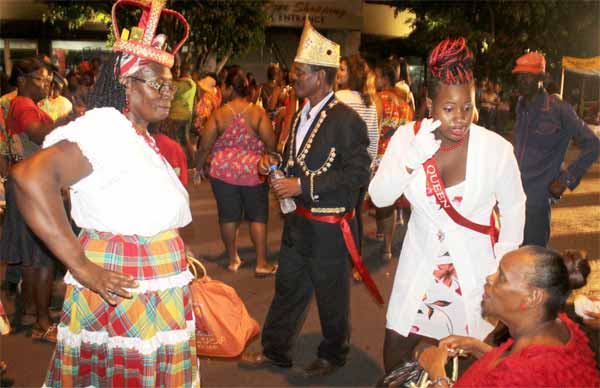 Cultural groups from Dennery, Monchy, Castries and Choiseul joined in showcasing the elements of the flower festival that have evolved into an iconic staple on the Saint Lucian cultural calendar.

At its core, the séance is used to raise funds for preparing for La Rose-related activities that culminate on August 30, the feast of Saint Rose de Lima. A mock court is set up and people are brought before the court for committing crimes that range from stealing sweets to wearing anything other than the traditional red and pink colours associated with La Rose. Instant justice is the order of the day. 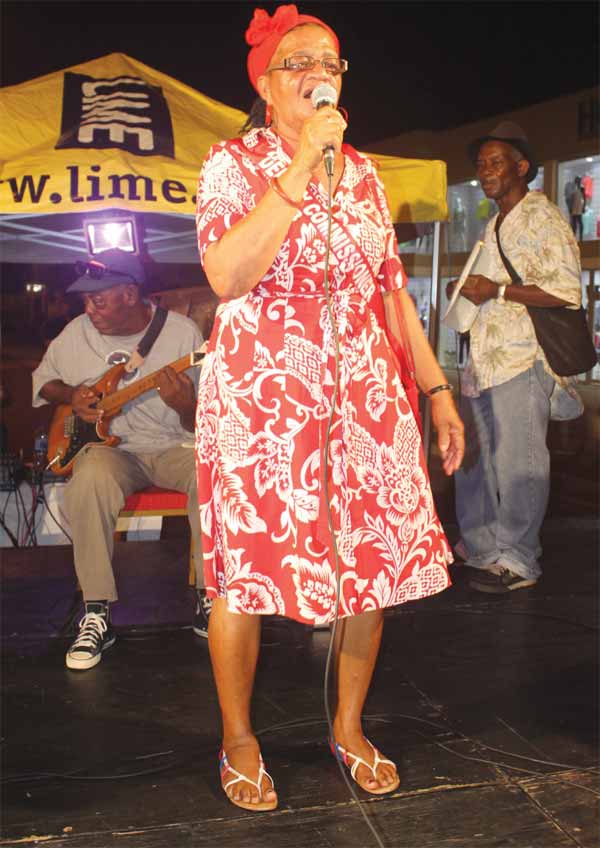 The main event, the grand fete, will be held in Vieux Fort this coming Sunday where it was last held in 2013. The proceedings will begin with a service from 11:00 a.m. at the Church of the Lady of Assumption in Vieux Fort after which the festival’s followers will parade through the streets before assembling at the town Square. 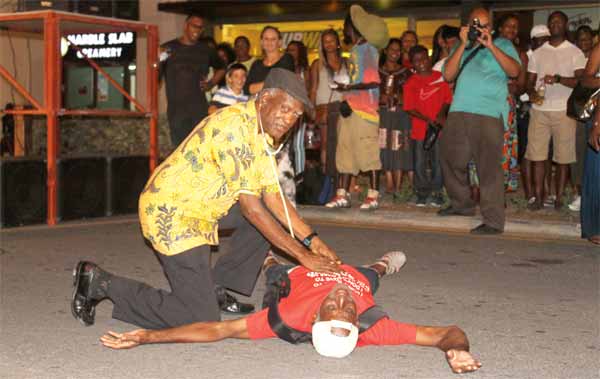 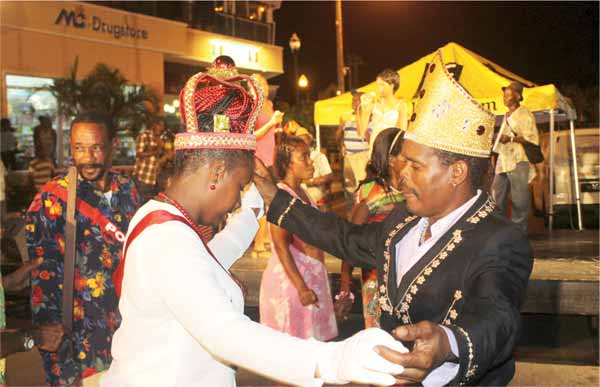 Other séances in the lead up to this Sunday’s grand fete will be held this Friday evening in Aux Lyons, Belle Vue, Vieux Fort, Desruisseaux, Choiseul and Monchy.

The La Rose is one of Saint Lucia’s two flower festivals, the other being La Marguerite, which is observed on October 17 each year.

Here are some highlights from last Saturday’s La Rose séance at Rodney Bay. 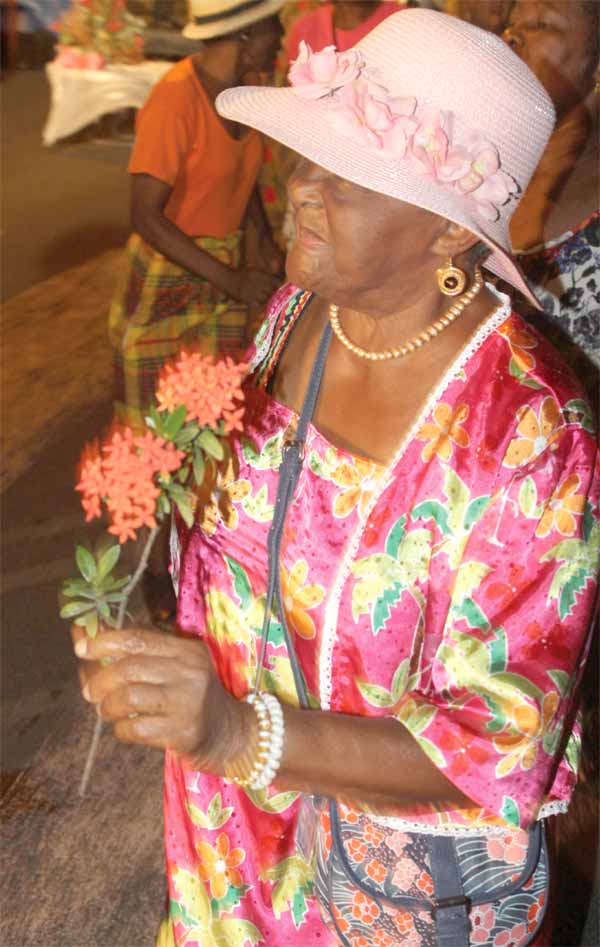