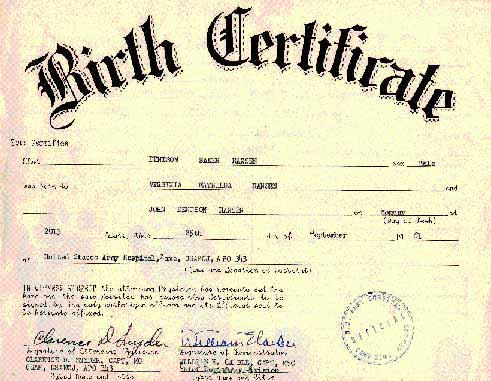 THIS week I had originally planned to write about the transformational and developmental ideas of one of my favourite macro-economists. In fact, I had already started to organize my ideas into coherent paragraphs when my attention was drawn by the sound of political gunfire, albeit of the friendly kind. Under fierce contention at a special sitting in the House of Assembly last Tuesday were the recommendations of the Constitutional Reform Commission – an event that the National Television Network (NTN) carried live.

At first I wasn’t sure whether it was the motives of the commissioners or the recommendations of the report that was the source of the political displeasure. In any event, after listening to the edifying contributions of the Members of Parliament for Vieux-Fort South and Castries North, a part of me thought something historic was afoot to upend the country’s fossilized political system. Encouragingly, most of the MPs seemed to agree that if the character of our democracy and the nature of political governance are to change, then the constitution must be changed.

Tellingly, some of the recommendations made in the report are nothing new and should have been acted upon years, if not decades, ago. I have always held the view that the progress of our nation both politically and economically, has been considerably inhibited by an archaic constitution fraught with colonial undertones, which for all intents and purposes, does not reflect who we are and hasn’t facilitated our political maturity and social development in any meaningful manner. Since laws must be changed to help societies adapt to emerging circumstances, I have difficulties understanding the logic of religiously holding on to a winner-takes-all first-past-the-post system that has contributed to the polarization and disillusionment of the populace.

Having observed the process of democracy in many other European countries, there is indeed no doubt in my mind that the use of a system of proportional representation makes democracies more robust; the essence of which is the fact that all votes contribute to the result, not just a bare majority. The anomalies of a system that allocates seats not according to a party’s total number of nationwide votes, but on the basis of 17 “first-past-the-post” contests, strikes me as utterly absurd and a tragic denial of people’s democratic wishes. Despite all the talk about economic growth and social progress, we have been held hostage by a constitution left stranded by the shifting tides of modern democracy and globalization; and which have engendered serious deficiencies in our justice and parliamentary systems. By the commission’s own admission, many of our national institutions lack the underlying structures for effective accountability and transparency, rendering our social identity and civic character questionable after 36 years of independence. How flawed is a constitution that allows the executive branch to perform legislative functions? Doesn’t a true and credible democracy require the separation of the branches of government to prevent abuse of power and to ensure the rule of law? I’m afraid unless we fix that constitutional malfunction, we cannot proudly speak of good governance in the conduct of public affairs and in the management of public resources in this country.

If after the parliamentary debate we are serious about remaking Saint Lucia, we should start by making government smaller and more accountable by abolishing the Senate (a chamber resembling the flatulent House of Lords) and establishing a unicameral system with one legislative House. For a nation of our size with such limited resources, the amalgamation of the two legislative chambers would bring about much needed dynamism and singleness of purpose to parliament as well as end the duplication of effort which makes the upper house seem like a useless and unnecessary expense to taxpayers.

One of the issues I’ve always had with our present Parliament is the frequency with which the MPs meet to discuss the people’s business. I believe any constitutional reform should mandate the House to meet twice or even three times a week to engage in policy debates on education, health, fiscal matters, etc, and for parliamentarians to have the chance to question the Prime Minister on a specific area of policy or on the conduct of government business -something in the mould of Britain’s Prime Minister Question Time (PMQ). If the goal of representative democracy is to bring parliament closer to the people, then more civic engagement is needed to reflect the stake that we all have in the financial performance of our government, its agenda, and its services. That’s why the role of parliamentary groups and committees in the governing process is crucial in scrutinizing the expenditure, administration and policy of the relevant government departments and the performance of top public servants. Further, Parliament should be able to question civil servants directly. At all times, the electorate expects the opposition MPs to remain active in exercising their parliamentary right to scrutinize government actions.

On the referendum question, I believe our constitution should give more clarity on the conduct and modalities of a direct vote on issues of strategic national importance, for instance the Economic Citizenship Programme (already passed by the Senate and House) or joining the Caribbean Court of Justice (CCJ). Ordinary people must surely have the basic democratic right to be consulted on these issues and to have a say in any changes, welcome or otherwise, to the way they are governed. With the growth of social media, it should now be much easier for citizens to be better informed about any national issue and hence be able to participate in the democratic process – a right and obligation which too many Saint Lucians unfortunately allow to end at the ballot box. The experience of advanced democracies shows that public awareness and involvement are the crucial forces required to establish a truly effective monitoring mechanism.

As expected, a crucial point of contention covered in the report is the question of whether or not the Prime Minister should be elected directly by the entire country. Presently we follow the Westminster model where the populace elects legislature members and in turn the leader of the party with the most members in the legislature becomes the Prime Minister. Not only do the people not directly elect the Prime Minister, his appointment is not even ratified by those who are elected to Parliament. On that score, I do support the idea of electing the Prime Minister by direct popular vote and believe such a move would enable stronger leadership and legitimacy. Moreover, I believe a direct vote would take care of the question of term limits for prime ministers. Essentially, the public should have the right to choose not only their parliamentary representatives but also their leader. Parties and other political groups would nominate their candidates for the premiership, and voters would choose among them in a general election for the lower house.

Having elected a prime minister, his or her role should be that of a chief executive rather than a minister who heads the government. Like in Britain, Australia and many other parliamentary democracies around the world, I believe Prime Ministers shouldn’t carry any portfolios especially one as pivotal and all-encompassing as Finance. Instead they should co-ordinate and supervise the activities and programmes of other major ministries to ensure the overall policy objectives and targets are being achieved. Further, allowing the Finance Ministry to be managed by someone else may actually be quite helpful in terms of succession planning within government, since it is believed that the Finance portfolio affords its holder unique insights into the financial and economic operations of a government, hence allowing him or her to take on the mantle of leadership when the time comes. If you look at both Britain and Australia during the administrations of Tony Blair and Kevin Rudd respectively, the finance ministers seamlessly took over as Prime Minister when the need arose eventually.

In a broader context, a few other recommendations in the report struck me as worthy of consideration. Given the frequent incidents of police shootings and the slow pace of justice in Saint Lucia, perhaps the idea of a Human Rights Commission enshrined in the constitution isn’t a bad idea at all. Even the relationship between the executive branch and the police should be reviewed to establish more independence for the latter. Finally, it goes without saying that a badly paid MP will be unable to perform his constituency duties effectively. I’m actually surprised that we haven’t recognized the correlation between the pay of a parliamentarian and the quality of candidates who avail themselves for political office.

Perhaps, the time has come to extricate ourselves from constitutional bondage so that we can give real progress a chance – a point underscored by all of the speakers. Whether we are predisposed to and honest about implementing some of the sensible reforms proposed by the commission, will depend on how seriously and urgently we treat the concerns of our citizens; and how we view the role of a vibrant democracy in economic and social progress. I, for one, believe our system of government, buttressed by a time-warped constitution with its many idiosyncratic provisions, is broken and needs urgent attention.