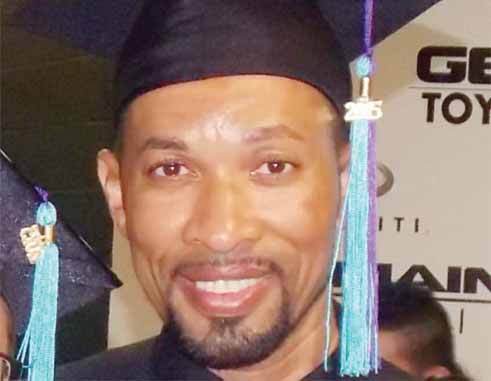 A ST LUCIAN who was forced to make a career change after being seriously injured in a traffic accident in the United States, is reaping his rewards.

Curtis Bill (formerly known through his schooldays in St Lucia as Hughes Erysthee) is now a Registered Cardiovascular Invasive Specialist (RCIS) in Florida.

The third of ten children born to Josephine (aka Jep) and Sisnet Bill of Cafeiere, Choiseul, Bill attended the Dugard Combined School in Choiseul and the Vieux Fort Comprehensive Secondary School. In Florida, he attended Florida Soutwestern State College (FSW) for five years.

He said: “My original field of study was dental hygiene but I had to change my major after suffering back discomfort during my clinical rotation. I was involved in a vehicular accident in 2005 which left me with a few herniated discs in my back and neck, hence the discomfort. I applied to the cardiovascular and respiratory programmes and was accepted to both. I ended up choosing the cardiovascular route because of heart disease in my family and my ethnicity in which heart disease is prevalent”.

Bill, who has three sons, ages 5, 12 and 14, told THE VOICE that he was very proud of his achievement and hoped that he can be of service to his birthplace Saint Lucia someday.

He said, “I was awarded for outstanding clinical performance at graduation which made me very proud because I worked throughout the programme”.

Added Bill, “My story is being shared to encourage my fellow islanders to dream big and work towards their dream. You must first have a dream before it, can be realized because if a small town boy like me can do it, anyone can”.