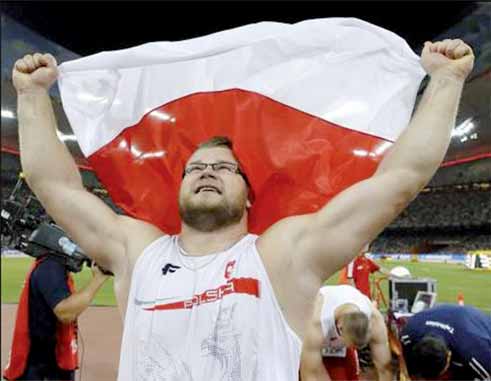 ONE lucky Beijing taxi driver was (briefly) the proud owner of a World Championship gold medal, after Polish hammer thrower Pawel Fajdek used the prize to pay for his taxi ride home, as reported by Chinese media outlet Tencent.

After hitting the town to celebrate claiming the gold on Sunday with a throw of 80.88 metres, Fajdek ended up using the medal to pay for his ride after having a few too many in the Chinese capital.

The next day, Fajdek was able to locate the taxi driver with help from the police, whom he had contacted after waking up in a panic and discovering he no longer had the memento.

The driver confirmed Fajdek had given him the medal of his own accord and is presumed to have been persuaded to hand it back to the Pole, as noted by the Mirror’s James Whaling.

Maybe go a little easier on the celebrations next time, Pawel.