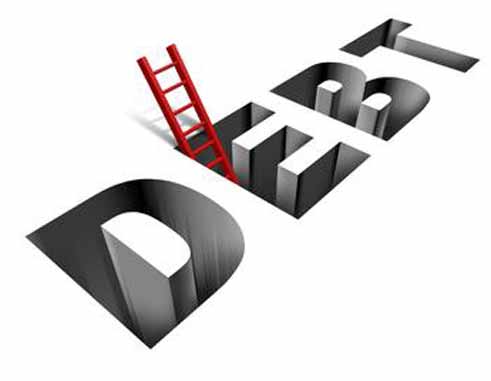 THE Grammy Award-winning American singer James Taylor has had his fair share of life’s misfortunes. As a survivor of drug addiction, divorce and bankruptcy, he epitomises how fortunes can change quickly when finances and debt aren’t managed prudently and sustainably. His life predicaments inexorably demonstrate how easily a debt spiral can become an existential threat capable of subjecting an individual or nation to a life of servitude, destitution and illusory freedom. Having dragged himself from the jaws of defeat eventually, the singer has made the following exhortation: “People should watch out for three things. Avoid a major addiction, don’t get so deeply into debt that it controls your life, and don’t start a family before you’re ready to settle down.”

Sound and judicious advice indeed, except that the world has already become incorrigibly addicted to debt, and the relentless control it has over the lives of families, institutions and nations is rather discombobulating.

By all accounts, hundreds of countries have either defaulted on their debt or restructured it, from France in 1558 to Argentina in 2002. Some countries have been subjected to impoverishment and oppression on account of their desire for emancipation and freedom. Haiti, the first black independent republic in the Western Hemisphere was threatened in 1825 into paying reparations to France amounting to 150 million gold francs (estimated at the time to be ten times the country’s annual revenues) in exchange for national sovereignty and freedom. The debt as we now know crippled the Caribbean nation, which did not finish paying it off to French and American banks until 1947. This set the stage for the economic misery and underdevelopment that have plagued Haiti up to this present day; a lesson that history is not as distant as it may seem.

Since the financial crisis began in 2007, debt-to-GDP has risen in 41 of 47 big economies, according to McKinsey, a consultancy firm. Of course, small island developing states in the Caribbean have not been spared the debt onslaught (whether self-inflicted or otherwise) with Saint Lucia recording public sector outstanding liabilities of $2,811.1 million at the end of 2014; an increase of 4.0 percent ($107.0 million) over the previous year. As a percentage of GDP, the official debt stood at 73.7 percent in 2014 compared to 67.6 percent in 2007. This begs the question: How will small vulnerable states like ours face the growing challenges of high debt and low growth? How can emerging and middle income states reconcile local democracy with international debt obligations?

Today, the entire global financial system resembles a colossal spiral of debt. For every extra dollar of output, the world churns out more than a dollar of debt. Soon there will be as much debt as money. Recent figures indicate that the total indebtedness of the world, including all parts of the public and private sectors is a mind-boggling $223.3 trillion, amounting to 313% of global gross domestic product. Now how do you take on a giant of that size a lot bigger than what David was up against?

For several decades now, this debilitating debt crisis has had a pernicious effect on most of the world’s impoverished nations, retarding economic development and draining scarce resources from health, education and other important services. In the financial corridors of the world, the problems of debt-afflicted nations may be expressed in terms of capital flows, debt-service ratios and credit earnings, but the reality of the matter is that debt obligations are about the lives of billions of “real” people around the world. But if debt is an ingenious substitute for the chain and the whip of the slave-driver, as Ambrose Bierce puts it, why is the world so addicted to borrowing?

Mostly, economists attribute the current debt-mania to factors ranging from fiscal constraints and limited investment options to easy money made possible by frequent short-term interest rate reductions and quantitative easing by central banks in the last decade. Further, when one considers the huge reserves countries such as China have built, one will appreciate the need to invest that money abroad; securities which the Americans are only too happy to purchase in the form of treasury bills, notes and bonds. On a micro level, because bond and loan interest are tax-deductible, firms around the world, the argument goes, have a greater incentive to issue debt instead of equity.

Yet the contentious and burning question still remains: How much debt is too much debt? In a research paper, Harvard Professors Kenneth Rogoff and Carmen Reinhart have even established a number, a “threshold,” or “magical limit”: They wrote that growth suffers when government debt exceeds more than 90 percent of a country’s gross domestic product. Can that measure be applied to Saint Lucia as it is to emerging and developed nations, given our country’s size, nature and level of development?

Paul Krugman, the Nobel-winning economist has argued that the relationship between debt and growth varies significantly between countries, and the average “rule” as suggested by Reinhart and Rogoff, has little meaning or policy relevance. He believes that bigger fiscal deficits don’t necessarily undermine confidence in an economy. In fact, based on his research findings, bond market confidence might even rise on the prospect of faster growth. At the height of the debate on growth, debt and austerity, he maintained: “What the Reinhart-Rogoff affair shows is the extent to which austerity has been sold on false pretenses. For three years, the turn to austerity has been presented not as a choice but as a necessity. Economic research, austerity advocates insisted, showed that terrible things happen once debt exceeds 90 percent of G.D.P. But “economic research” showed no such thing; a couple of economists made that assertion, while many others disagreed. Policy makers abandoned the unemployed and turned to austerity because they wanted to, not because they had to.”

Distressingly, while we have seen how the world (mis)manages austerity, there isn’t much structural clarity on the matter of sovereign defaults. We know for a fact that countries have been defaulting on their debt since time immemorial and recent history has certainly seen its share. Notwithstanding the valiant efforts of the Paris Club of Creditors to coordinate and find solutions to the payment difficulties experienced by both debtor and creditor nations, sovereign defaults are bad news for everyone. As history will attest, failure to repay can lay the groundwork for the seizure of the debtor’s foreign assets or even military invasions.

Nonetheless, governments tend to default for a variety of different reasons, ranging from a simple reversal of global capital flows to constraints of revenue structure. Argentina defaulted on its $132 billion debt in 2002 at the depth of the worst economic crisis in the country’s history. The Icelandic financial crisis involved the default of all three of the country’s major privately owned commercial banks in late 2008. The Greek debt crisis was triggered by misrepresentation, corruption and malfeasance in the management of the country’s liabilities. Puerto Rico is now facing its first bond default in its history after missing a $58 million bond payment.

Of course by any measure, the global financial crisis of 2007–08 created huge economic headaches for everyone, unleashing a credit crunch and plunging the world into debt, foreclosures and crippling unemployment.

Contrary to popular thinking, the Greek economic malaise has not been the worst experienced in Europe. Ironically, the German economic historian Albrecht Ritschl, Professor of Economic History at the London School of Economics, has argued consistently that Germany has been the worst debtor nation of the past century, having benefited from debt relief and international support initiated and facilitated by the Young, Dawes and Marshall Plans. According to Ritschl, “Germany’s resurgence has only been possible through waiving extensive debt payments and stopping reparations to its World War II victims.”

So where do rating agencies come in all of this? How is a country’s creditworthiness rated? Do the rating agencies really give credit where credit is due? Interestingly a sovereign rating assessment is based in equal measure on a government’s willingness to pay as its ability to do so. Japan for instance, with debt of 237 percent of GDP, and a huge current deficit in 2013 was rated more highly than Turkey with a debt-to-GDP ratio of 37.7 percent in the same year. Economists attribute this peculiar circumstance to a nation’s history of paying back their debts and even the nature of its creditors; in the case of Japan, most of its government debt is owned by its citizens.

In any event, the best way of coping with too much debt is to spur growth through infrastructural development, education and health care. Sensible fiscal, monetary and investment policies obviously play a major role in sowing the seeds of growth. Experience has taught us that a fiscal policy that is too restrictive will weigh on growth. In the end however, the best advice for financial prudence is captured in the following maxim by Thomas Jefferson: “Never spend your money before you have it.”