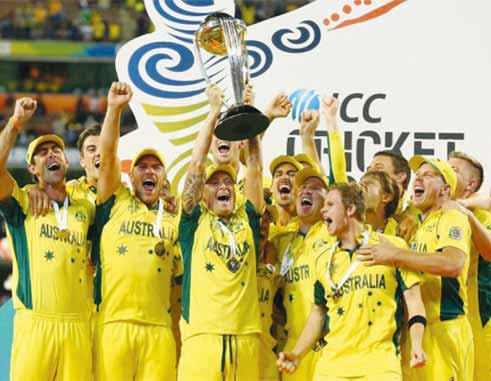 THE ICC Cricket World Cup 2015, hosted by Australia and New Zealand during February and March this year, was one the biggest events in the history of both countries and provided a significant positive boost to the local economies.

The findings of an economic impact and benefits analysis carried out by PricewaterhouseCoopers show that the tournament generated more than $AU 1.1 billion in direct spending, created the equivalent of 8,320 full time jobs, and had a total of two million bed nights across the two countries.

Attendance at tournament matches was 1,016,420, with 295,000 international and interstate/inter-regional visitors to host Cities.

Of these, there were 145,000 international visitors to Australia and New Zealand for the Tournament providing a huge boost to tourism, with the largest number of overseas visitors coming from Asia.

The tournament was watched by more than 1.5 billion people worldwide.

ICC Chief Executive David Richardson said the outstanding success and popularity of the tournament proved that cricket was not only popular across both countries but a significant contributor to the local economies.

“The ICC Cricket World Cup 2015 was the most popular ever played,” Mr Richardson said.

Australian Sports Minister Sussan Ley said the Australian and New Zealand governments had worked closely with the World Cup organisers to ensure the greatest spectacle for sports fans while also maximizing the trade and tourism opportunities created by the tournament.