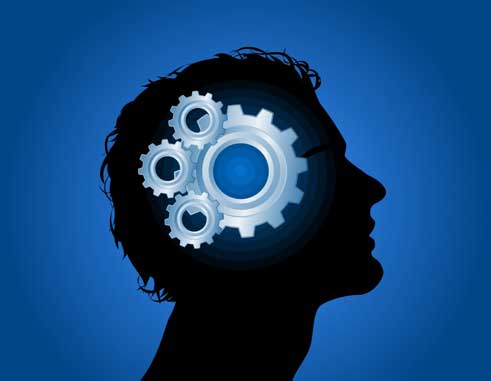 ERIC William’s edifying lectures on world history, Greek democracy and philosophy, the history of slavery, and the history of the Caribbean drew large audiences from every social class. By his own admission, his historic crossing of the Rubicon in 1955 led inexorably to the political enlightenment of his nation. At the height of the independence movement and with a revolutionary spring in his step, he declared: “Now that I have resigned my position at Howard University in the USA, the only university in which I shall lecture in future is the University of Woodford Square and its several branches throughout the length and breadth of Trinidad and Tobago.”

For many, Williams was a political visionary and a man of fine mettle who thought politics was a continuation of education by other means, and who championed the cause of political accessibility for the masses. Through his activism and advocacy, he demonstrated that political commitment and the work of the public intellectual takes many forms from writing books to engaging broader public spheres as a speaker, educator and organizer. Essentially, he taught us that we have to start to examine the power of individual historians, sociologists and economists to intervene in public affairs and provide the citizenry with ideas, insights and options.

Williams would later write in his brilliant 1969 political autobiography, Inward Hunger: The Education of a Prime Minister: “The University of Woodford square has for the past twelve years been a centre of free university education for the masses, of political analysis and of training in self-government… The lectures have been university dishes served in political sauce. They have given the people of Trinidad and Tobago a vision and a perspective… They have taught the people, what one French writer of the eighteenth century saw as the greatest danger, that they have a mind.”

I suppose it’s easy to be nostalgic for a period when towering intellectual figures trod the public stage. One famous publicist who captured the social change wrote, “I do recall a time, not so long ago, when formal orations seemed more eloquent, when public figures and intellectuals, some of them connected to academic institutions, dared to say more controversial things and take strong positions against the orthodox thinking of the day.”

As standards in public debate have fallen, the perception across the Caribbean is that the expansion of higher education has occurred side by side with a widespread erosion of educational standards and a steady rise in cultural illiteracy. By any reasonable measure, there has been a palpable decline in the quality of intellectual life in Saint Lucia from the post-independence days of George Odlum, Hunter J. Francois, Sir Vincent Floissac and others who constituted the circle of the intellectual class. Admittedly, there are times I would reflect on the contributions of George Odlum to the political education of the masses and think of how much I miss the intersection of literature and politics.

Yet what concerns me most is the sheer absence of public intellectuals in the social and economic development of our nation. The dearth of public intellectuals observing and commenting on the culture we live in is something I have lamented for some time. Although I do believe our nation has some bright sons and daughters who can compete anywhere in the world, they just need to come out and elevate the standard of debate in our democracy. Without the active presence and contribution of public intellectuals in national development discourse, the social and economic empowerment of the masses is a pipedream. If we are to achieve the goals of greater social inclusion and political maturity, we must encourage free, critical and independent thinking in the discussion of public affairs. As the saying goes, when everyone thinks alike, no one thinks very much and we all suffer for it.

Are there any persons alive today whose views and opinions are eagerly anticipated and sought after by all the media on a wide variety of subjects and events including education, health, urban development and economics? Where are the thinkers who can challenge the public and its complacency instead of talking down to them or rabble-rousing? Where are these people who can speak and write about their discipline and how it relates to the social, cultural and political world around it? If you asked me to identify the nation’s foremost public intellectuals who are making an impact on people’s lives today, I would struggle to find any one person or institution that stands out. I mean when was the last time we heard any public intellectual call for an end to partisanship and make a clarion call for people to work together to solve the country’s problems? Is the absence of public intellectuals a symptom of a larger decline in a literate audience interested in what such intellectuals have to say?

We need to bring more people and ideas into our political system and welcome any change that could reinvigorate sentiments of citizenry and patriotism. By this I mean men and women engaged in critical study, thought, and reflection about the reality of society, and who propose solutions for the normative problems of society. We owe it to ourselves to make the nation more politically dynamic and socially viable. Without a doubt, politics in its true sense can be a means of liberation, education and self advancement. Obviously I am not referring to the petty and banal party politics, but the politics of responsibility which seeks to identify the real issues and present them to the people for decision.

Arguably, one of the problems in our system is that the media has not been sufficiently analytical and hasn’t always sought through investigative journalism and explanatory reporting to make sense of complex realities in order to create public understanding. Furthermore, because the outcome of elections in our two-party system is a zero-sum game, the views of half of the electorate are usually discounted and alternative parties have no chance of making any serious impact or achieving any serious change. Unfortunately, this situation has been so since the attainment of independence in 1979.

Of further disquiet is the fact that we live and breathe the idea that our voice must be heard irrespective of the fallacies in our arguments or the validity of our comments. In our sender-oriented society, poor listening skills, lack of conciseness, and the inability to give constructive feedback have become major impediments to our progress as a people.

Further compounding the problem is the fact that everyone seems to have an expert opinion on everything. It’s not uncommon to hear people speaking out of turn or amateurs addressing social and economic issues best left to professionals. Who needs public intellectuals anyway when we can bombard radio and TV call-in programmes with ill-conceived notions and ill-informed views? It has now become abundantly clear that the proliferation of talk-shows hasn’t elevated the level of intellectual discourse in this country. When you listen to the various public talk-shows, you would probably think the quality and reliability of information are not highly valued factors in our neck of the woods. People make all kinds of preposterous claims and unsubstantiated accusations, and engage in what would certainly be considered frivolous and unintelligible discussion in more developed societies.

At the least, a democracy can expect a certain degree of understanding and knowledge from its citizens – a modicum of reasoning. The simplistic, political brute-force, instant-gratification answers that we provide to every problem in our daily exchanges is probably a reflection of the fossilized party system we inherited and the selfish naval-gazing mindset of our society.

If democracy thrives on good ideas, then Saint Lucia is at a crossroads. Regrettably, academia is disconnected from public debate and policy decision-making. Without independent public intellectuals and think tanks to stimulate public discussion on policy issues, I’m afraid our democracy will be starved of its vibrancy. Public intellectuals should not be bound by their profession or political affiliation. Their most important activities are action and enlightenment. They should write and speak out of obligation to society, but also out of obligation to themselves.

As is the norm in most emerging and developed countries, public intellectuals tend to have close relationships with journalists and with the policy community; a practice that has helped spread good ideas, strengthen democratic institutions and advance economic reforms. Public intellectuals may be an endangered species, but their role as thinker, dissenter and knowledge gamekeeper will always be crucial in evolving and progressive societies.