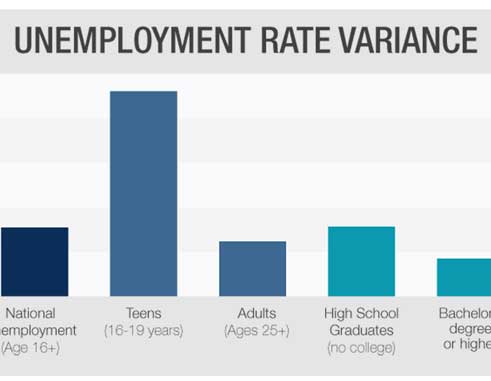 GUY Joseph’s misbehaviour in the House of Assembly last week has only served to highlight what could have been, had the United Workers Party won the November 2011 General Elections. The lies, the misleading utterances and the inappropriate comparisons are signs of a desperate man within a desperate party. Who in their right mind makes a comparison between a Permanent Secretary signing a contract which contract had been awarded by a Tenders Board on the one hand and a Minister’s sister signing a contract of behalf of the company receiving a direct award from a government on the other hand, and whose brother heads the ministry under whose portfolio the contract falls? Only Guy Joseph, the very person who was minister at the time.

Whilst many are rightly focussed on condemning the embattled Guy Joseph, I choose however to discuss how fortunate we as a country are not to have re-elected Chastenet and his group. With Chastanet at the helm Saint Lucia would have by now become the Caribbean’s equivalent of Greece; the IMF would have been our true government.

The UWP constantly harps at the unemployment rate of 24%as if indeed this was of Labour’s making. The truth is that when the Kenny Anthony led Labour Party assumed office in 1997 unemployment stood at just over 20%. In nine (9) short years, under Anthony’s astute leadership, by 2006 unemployment had been reduced to an all-time low of 13.5%. Such was the quality of the Labour Party’s tenure in office that even Sir John Compton was moved to comment positively on this in his budget speech of 2007. Sadly, Sir John passed away later that year leaving the UWP in general and Allen Chastanet in particular to their own devices. In the succeeding four years, Chastanet’s reckless spending, with nothing to show, had caused the unemployment rate to again rise to over 20%. Almost déjà vu for just as it was when Labour inherited an over 20% unemployment rate in 1997 so too they inherited an over 22% unemployment rate in 2011.Chastanet was Minister of Tourism for five years and he brought not one single investment to Saint Lucia. Not a single hotel, not even Sandals, expanded during his tenure.

What then gives Chastanet legitimacy to speak about rising unemployment rates when under his watch this rose nearly 7.2% over a five year period as opposed to just over 3% during Labour’s current three and a half -year reign? Here are the unemployment rates since 2007, as supplied by the Statistics Department:

Our older folks have a saying which states that when you fall into a hole it is impossible to reach level ground until you first fill the hole. And that is exactly what Labour inherited. The SLP Government inherited a deep hole where the fiscal deficit was over 9.6%. The debt to GDP ratio was well beyond prudential limits. As I said earlier, not one hotel room had been constructed in the previous 5 years. No new investment had made its way to our shores. Reckless government spending, starting with Allen Chastanet, was the order of the day. Corruption was at its highest ever level. And there is more! Family members of a certain minister were openly given contracts and no work was done in return. What was worse was the finding by a court that cabinet conspired to defraud the State of taxes.

So bad were things that some political commentators were at one in proclaiming the 2011 General Elections “ a good one to lose.”

The foregoing is what confronted Kenny D. Anthony and Labour when they assumed office in 2011. Rather than despair, Anthony instead promptly went to work. Recognising the poor and dispossessed had been marginalised under the UWP, within a month of becoming Prime Minister, Anthony reintroduced the Short Term Employment Programme. He didn’t stop there and NICE, SMILES and a raft of other such organisations were introduced, each one providing jobs for otherwise neglected citizens. What if Anthony had not introduced these programmes?

Last year under Anthony’s guidance the Cruise Ship Employment Programme came to the fore. Thus far, more than 500 Saint Lucians have benefitted. What if Anthony had not introduced the programme?

Under the UWP, our senior citizens, many of whom had served our country with distinction, were left to fend for themselves. Recognising this, Prime Minister Anthony introduced Home Care Helpers. Today, not only are our senior citizens throughout the island now at peace with themselves knowing someone is caring for them but, additionally, employment was generated. What if Labour had not introduced Home Care Help?

Under the UWP, our young single mothers were shunned, almost shamed. In came Labour embracing these same people and today hundreds of single mothers can take care of themselves without depending on others to support them. What if Labour had not cared?

Annually, come September and parents were left wondering how they would be able to purchase school books for their children who were entering secondary school. Labour heard their cries and introduced the school bursary programme where each child was given one-time $500.00 voucher. The government went further and introduced a programme designed to give every child in senior forms of secondary schools a lap top. Today thousands of children have benefitted from these two initiatives. What if Labour had not done this?

Under the previous regime the government collected excessive taxes on petrol. In opposition, Kenny Anthony spoke out against this and promised to revise the regime once in office. Today St. Lucia has the fifth lowest gas prices in the Caribbean. Put in perspective, currently it costs EC128.37 to fill a Suzuki Swift in Saint Lucia while over in neighbouring Barbados it costs $184.61 to do the same. Governmental subsidies on LPG 20-pound cylinders in St. Lucia are among the highest in the Caribbean, thereby bringing great relief to the most marginalised among us. What if Kenny Anthony had not been a caring Prime Minister and had continued along the lines of his predecessor?

The Labour Party inherited a fiscal deficit approaching 10%. Under Kenny Anthony’s guidance, in less than four (4) years this has been reduced to just over 3.5%. Today we are again considered a place to invest. Unlike under Chastanet our tourism room stock has increased and new investment is forthcoming. Our debt to GDP ratio which had long gone past prudential limits is now well on the way to being corrected. The foregoing was achieved without the loss of single public sector job. What if the UWP had remained in office?

Under the UWP our country was spiralling towards a debt crisis. So well has Anthony led this country today we are not even on the list of “Countries currently in government external debt crisis” A recent international report on such countries lists Belize, Costa Rica, El Salvador, Ireland, Jamaica, Grenada, Portugal, Spain and Sri Lanka, among others are being at risk. Our St. Lucia is not on the list. What if Labour were not in government?

In his 2015 Budget Address, Prime Minister Anthony informed the nation that the worst was over and our country would be returning to positive growth. The signs are everywhere that he is correct.

Under Anthony our country has survived its darkest hour; none of our public sector workers has been placed on the bread line and our non taxable income has increased to $21,000.00 ensuring that thousands of workers pay no income taxes. Anthony has returned good governance to St. Lucia where ministerial scandals which were a daily occurrence under the UWP are now nonexistent under Labour. No minister has been found to have defrauded government of taxes; Philip J. Pierre, our current Infrastructure minister has returned pride to a formerly scandal-ridden ministry; Alva Baptiste, our external affairs minister has restored our country’s good name overseas; Shawn Edward is now the pride and joy of our sports men and women; Musa Jn. Baptiste is fast proving to be the best Agriculture Minister this side of the Caribbean; tourism which was limping under Chastanet has sped to new heights under Lorne Theophilus.

No wonder so many St. Lucians are asking what if Labour had not rescued our beloved country? Ask yourselves, “what if” Saint Lucia was in the hands of Chastanet’ s UWP? What if?????