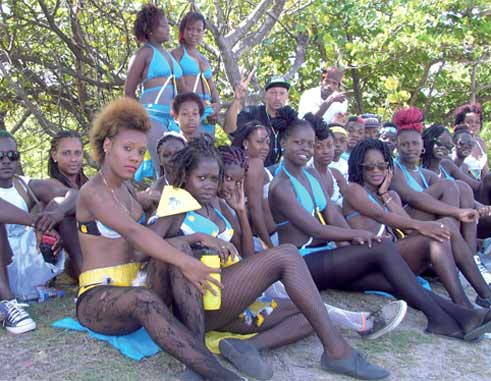 A lack of funding for Vieux-Fort carnival resulted in the event being low-keyed this year.

So say the Vieux-Fort Carnival Committee and members of the bands which took part in the event two-day event last week.

Over the years, the committee received assistance of various types from the business community of Vieux-Fort and a subvention from government, which went a long way in financing a carnival programme.

The lack of adequate funding for the event this year has resulted in fewer bands taking part in the event, compared with last year, and the bands which won in the various categories of the competitions, not being given prizes.

However, according to the vice chairperson of the Vieux-Fort Carnival Committee, Francine Marius, the committee is satisfied with the effort the bands put into the event, despite the constraints they experienced.

Marius said at the end of May, government promised them some financial assistance, which they have not received.

“I am very disappointed that up to date we have not received the assistance government has promised us,” Marius lamented.

She however, added that even before being promised financial assistance from government, the bands had decided to go ahead with the event with their limited resources.

Marius said that the committee was hoping that it will not experience the same situation next year.

At the end it, was the band Two Dayz of Peace which won the award of “Band of the Year”, second place went to Fleur De Lis and third place, Meltdown XD.

In the category for the Most Colourful Bands, the results were in the same order as in the best design/ creativity category.

Leader of the Band of the Year, Andre Jn. Baptiste, was elated by the performance of his band. He lamented that a lack of funding had seriously affected the event, adding:

“Sponsorship is hard to get, so we went low-key this year,” Jn. Baptiste said.