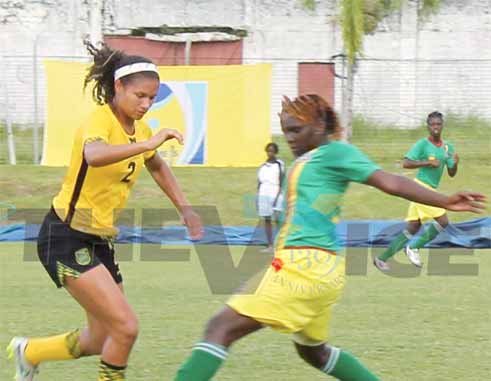 ST. LUCIA will fancy their chances today when they come up against Grenada in the CONCACAF Women’s Under -20 Championship, Caribbean Zone Group 2 at the Mindoo Phillip Park from 4.00 p.m in a must win situation.

The girls from Grenada had no answer to Jamaica as they were thrashed 5 – 0 on Sunday at the same venue in front of a small, but appreciative crowd of football fans.

Rasha Roberts opened the scoring for the “Reggae Girls” in the 4th minute of play to put them ahead 1 – 0, a score that they held until the halftime whistle.

On the resumption the Jamaicans pressured their opponents and in the 48th minute captain Khadija Shaw wearing the No.11 jersey put her team further ahead, Shaw scored again this time in the 58th minute to make it 3 – 0. But the 3 – 0 down the Grenadians were still able to keep the Jamaica combination of Simone Wark, Rasha Roberts and Shaw at bay as the trio was firing on all cylinders taking full advantage of the many errors made by the Grenada defense. 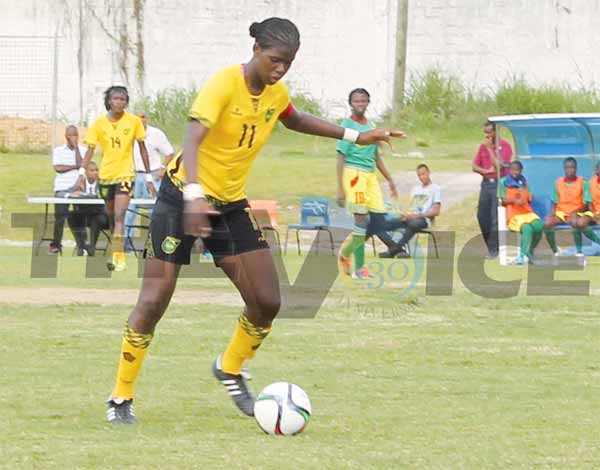 Despite the changes on both teams Jamaica maintained the pressure as substitute Asia Lee – Fatt struck in the 89th minute to make it 4 – 0 and with three minutes added time Shaw made it 5 – 0 to bring her tally to three goals scored in the encounter.

On Thursday, Jamaica will play St. Lucia at the same venue, kick off time 4.00 p.m., but St. Lucia will need to beat Grenada today to remain in contention.