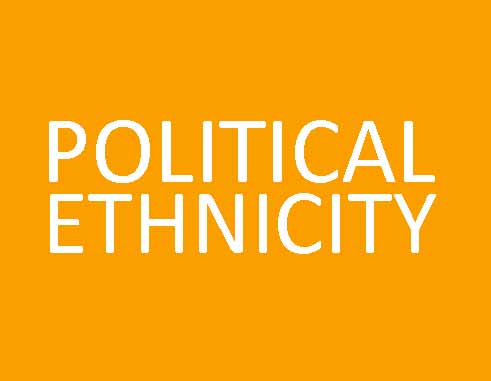 ON Tuesday night I listened to a live stream of a political event in Trinidad, where the People’s National Movement was presenting 12 candidates in the town of Arima. It was of interest to me, as it was in this famous town I was born. With elections within the next 6 weeks, the political temperature has been rising and undoubtedly the rhetoric has also soared. The United National Congress launched a campaign called ‘NORowley’ which is in essence a calculated smear campaign against the political leader of the PNM. I then wondered whether this political tribalism would ever end.

With that thought, came an instantaneous mental response as to why was that term coined and used to describe Caribbean Politics, and it dawned on me that the descriptive word was rooted in racism. Whenever we hear ‘tribe’, the first thing that comes to mind is an African who is a cannibal, running around in the forest with a machete or spear with a piece of cloth around him, or an image of an Amerindian that is fixated in our minds from the old western movies.

I refuse from now on to describe our political culture as tribalism and thus choose a new term – political ethnicity. The history of party politics in Saint Lucia was vividly described by George F. L. Charles in his book – The History of the Labour Movement in St Lucia 1945 – 1974. The Saint Lucia Labour Party is the oldest political party being founded in October 1950 with its first symbol being the teacup, and within months of its creation a second political party that more represented the middle class and upper middle class was formed. This was the Peoples Progressive Party of which George Mallet was a founding member. The PPP later merged with the National Labour Movement and became the United Workers Party in 1964.

These two political parties have existed for over 50 years and in the process of time have created political ethnicities within Saint Lucia. So you would hear people saying – ‘I Labour’, or ‘I UWP’. The ethnicity is so strong that it affects their choice of colour in everything, so they would feel more comfortable driving a red car than a yellow car. Some would never have red in their wardrobe. Can the furtherance of this political ethnicity be tied to our economic fortunes.?

I am of the view that Political Ethnicity has had a significant impact upon the economies of the Caribbean. During my stint as Chief Engineer, we had no e-mail or cell phones, so the mode of conveyance of political favour was the piece of paper from a Minister. These individuals, who most likely were strong supporters of the ruling party within their constituency would enter my office empowered with this piece of paper. They demanded a contract. In those days also the engineers were empowered to award contracts up to $ 20,000 ( yes they were !!!) I understood then the need to show respect to the politician and did assist where possible, and if not, politely advised to come back another time. After a while these contractors understood that they would be judged by merit and that the paper did not give them an edge.

There are critical positions that you cannot allow political ethnicity to prevail. You cannot choose a Governor of the Central Bank based on political ethnicity as happened in Trinidad. Political Ethnicity cannot drive the choosing process for Board members of critical state institutions. Small Island States must choose the best minds, we cannot afford the luxury of prodigal sons in these positions.

So I shall continue to dream that one day our nation of St Lucia will rise up and live out the true meaning of its creed: “The Land, the People, the Light.” I shall dream that one day looking up to the rising hills of the Pitons, the sons of former slaves and the sons of former slave-owners now only separated by the politics of colour, will be able to sit down together at the table of brotherhood.

I shall dream that one day this politics of colour that has created a desert state, sweltering with the heat of injustice and oppression, will be transformed into an oasis of fairness, justice and peace. I shall continue to dream that my two children will one day live in a nation which embraces this truth, that light will shine on this blessed land with the acceptance that all people must be judged by the content of their character.

I shall continue to dream of that day when decisions of major national importance are not driven by political expediency or ethnicity but birthed in the cradle of sound technical and economic analysis.