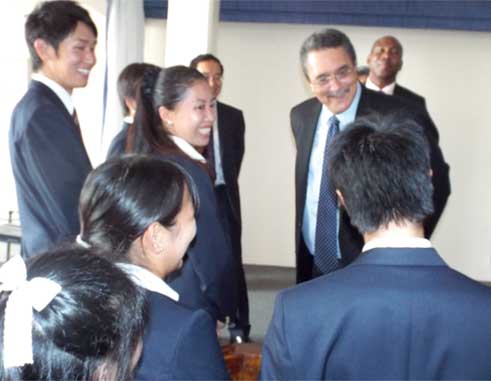 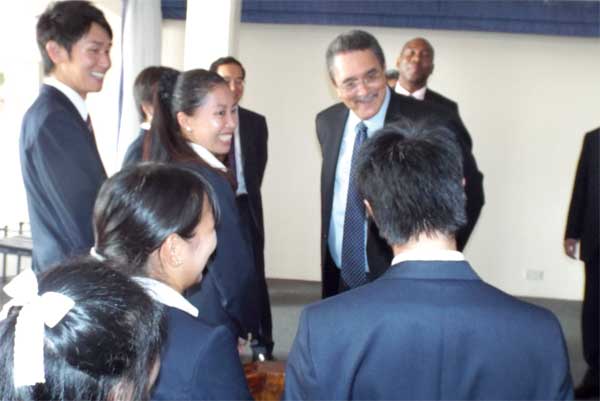 PRIME Minister Dr. Kenny Anthony and members of his government joined in the celebration of the 50th Anniversary of the Japan Overseas Cooperation Volunteers (JOCV) simultaneously with the organisation’s 20th anniversary in St. Lucia on Thursday afternoon.

The event which was held at the Rex by Royal St. Lucia highlighted the work done by the Asian organisation which is geared solely towards the well-being and development of the island.

During a brief intermission, the PM rubbed shoulders with the volunteers and members of the organisation including the Japanese Ambassador, YoshimasaTezuka who along with the young volunteers showed that among the many St. Lucian customs picked up was their command of the local Creole language which left Dr. Anthony visibly impressed and amused.