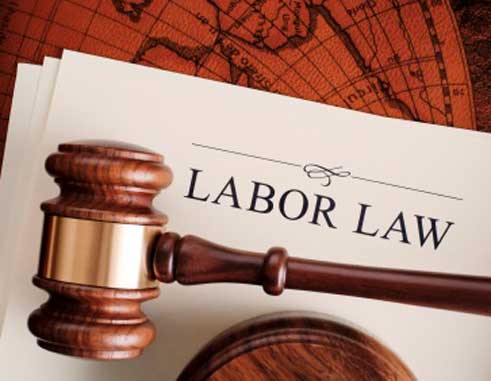 REMEMBER all the controversy over the Labour Code around the time of the last elections and afterwards? It is turning out that it is not the perfect document we were led to be believe it was after all; that despite the verbal wrangling between the two parties and the claim by one that it had delivered a good Code, we are still some ways from this achievement.

At this time, the state of industrial relations in St Lucia is continuing to cause uneasiness in several circles. For once, it’s not just trade unions complaining, employers are voicing their concerns as well. So has the permanent secretary in the Ministry of Labour and now a former appeal court judge has added more fuel to the fire, by recommending that the Labour Code should be revisited. From what we are hearing the entire industrial relations machinery seems in need of a makeover. The Labour Department has come under fire for its alleged inefficiency, and the position and role of the Labour Commissioner itself has been brought into question.

All this is coming at a time when there is a noticeable restlessness in the country as a result of the downturn in the economy and the retrenchment of workers prompting a number of disputes so far this year. There have even been reports of employer-employee disputes piling up at the Labour Department for want of attention. Are we sitting on a powder keg here?

The Labour Code that was intended to usher in a new era of industrial relations peace is now itself being so badly maligned to the point that the chairman of the Tribunal created by it that is expected to mediate in employer-employee disputes is complaining that for months that body was not even functioning and had no budgetary allocation to meet its expenses. The biggest surprise of all, however,was Chairman Michael Gordon’s assertion that the tribunal did not even seem to exist in officialdom, given the way it was treated. Then there has been the statement by Employers Federation Executive Director Joseph Alexander, holding the Code responsible for some of the industrial unrest that we have experienced in recent times. Ironical, isn’t it?

Exactly how did we come to this? Is this another example of the manner in which important institutions in our country that were intended to make a major difference in the lives of our people have broken down in recent times? Enacted into law by one government and then supposedly “improved” by another, the Labour Code is only a few years old and now we are being told that it still needs fixing.

One hopes that the government is listening to the debate that is taking place on this matter. We say so because often it appears not to be listening to the conversations and complaints that are being made about matters under its purview. If the government is serious about establishing and maintaining even a semblance of peace and order in our industrial relations, it is important that any shortcomings that are deemed to exist in the administration of such services are looked into with some urgency. More importantly, it is imperative that the very structures that are created by the government to facilitate the delivery of these services should be functioning and properly equipped to carry out their respective mandates.

The complaints and expressions of concern that currently abound are both alarming and worrying and the situation is unacceptable.