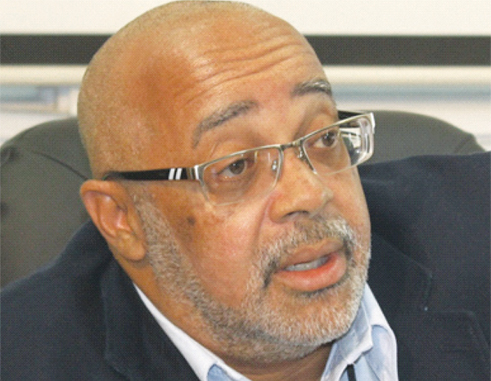 IS there a need for countries of the Organization of Eastern Caribbean States (OECS) to develop a common tourism visa?

The Director General of the OECS Commission thinks so and is encouraging dialogue on the matter, noting that many visa practices currently in use in the region are outdated, with much of the information collected for visa approval superfluous to the personal data already collected when a passenger applies for a passport.

“We need to advance the discourse started on developing a common OECS visa. Other regions in other parts of the world have in recent times proven this possibility,” Dr. Didacus Jules said.

“The introduction of the joint tourist visa has so far boosted regional travel, adding value to the tourism product offerings of these countries and highlighting the diversity of East Africa,” Jules said.

He noted that since other regions of the world have done this, and are reaping benefits along the way, and asked: “So why not the OECS?”

He thinks that with the right mix of players leading the process and most critically the full commitment of all the countries, there is no reason why the OECS cannot boast a similar arrangement within the next two years.

“Notwithstanding tightened fiscal environments, there are some initiatives that are best implemented at the destination level in order to stimulate growth in tourism,” Jules said, adding that the need to focus more on improving price competitiveness, by offering value for money, mainly by enhancing the product is an area that comes to mind.

OECS countries have already began work reforming their visa policies by reviewing and streamlining current visa processes, including adopting new technology to speed up visa applications and move towards an electronic e visa.

Jules urged Tourism Ministers of the sub-region to offer value for money in the tourism products their sell and to define they were products so as to make them appealing to tourists. He said that tourists are deterred from travelling to a destination if they had to supply more information to what they have already given for visa approval as this imposes additional costs to their travel plans.

“For many travelers visas represent the worst form of bureaucratic inefficiency, diminishing the appeal of international travel. Under a smart travel approach, those travelers would have submitted to only one process, beginning with their visa application and carrying their personal information over to follow them through airport screening and border control,” Jules said.
He underscored the need of OECS countries to offer value for money where their tourism products are concerned, emphasizing this as a critical factor OECS Member States needed to address.