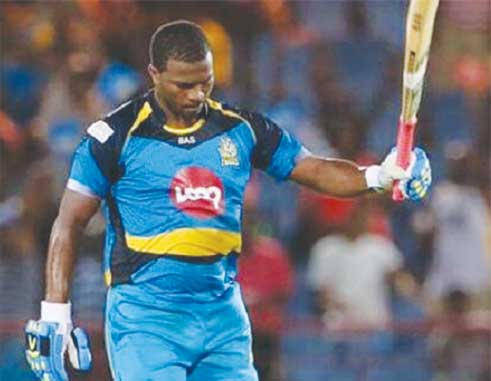 THE power hitting, loud noise and party atmosphere in CPL 2015 continues tomorrow as all road leads to the Beausejour Cricket Ground in Gros Islet for the final match-up at that venue scheduled from 4:00 p.m.

Jamaica Tallawahs will take on home team the St. Lucia Zouks in must win situation for the visitors.

Chris Gayle’s Tallawahs team went down to Barbados Trident on Tuesday evening at Kensington Oval by 16 runs. The powerful hard hitting opener Gayle managed only 9 from 15 deliveries. Sri Lankan MahelaJayawardene also failed to trouble the scorers and the two will want to make amends.

But first they will have to contend with “Man of the Match” against the St. Kitts and Nevis Patriots Shannon Gabriel who had 3 for 19 along and fiery Fidel Edward (2 for 29) who have been firing on all cylinders.

Gayle is expected to have the services of Chris Lynn, Daniel Vettori, KrismarSantokie, the exciting all rounder Andre Russell, Nkrumah Bonner, Rusty Theron and NarsinghDeonarine.

With good knocks so far from openers Andre Fletcher and Johnson Charles and Kevin Pietersen in the top order, the Zouks with their home support behind them have been making their intentions clear in this year’s tournament and will want nothing less than a win at home before going on to Basseterre, St. Kitts to play tournament leaders Barbados Trident on July 1.

Captain Darren Sammy in two previous pre-match interviews has said that the Zouks team will want to keep the momentum going as this year they are on fire and want to go all the way to the finals.

Meanwhile, last evening saw the Guyana Amazon Warriors against the St. Lucia Zouks in battle at the BCG. The match was in still in progress when we went to press.