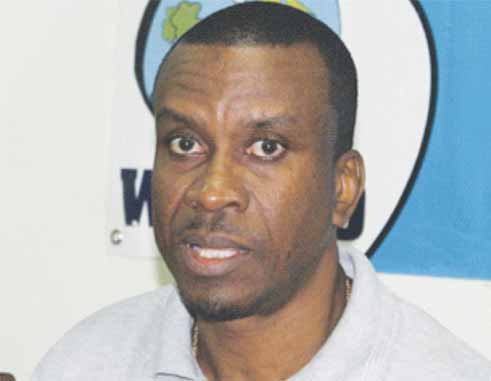 Water supply to the island’s north will be adversely affected all day next Wednesday as the Water and Sewerage Company Inc. (WASCO) embarks on sourcing adequate supply of water during the current dry spell.

This measure forms part of WASCO’s contingency plan to keep the taps flowing, the company’s Managing Director, Vincent Hippolyte, told the media yesterday. Hippolyte said the interruption becomes necessary as WASCO prepares to place a recently-purchased US$47,000 water pump on the John Compton Dam to pump water up from the dam’s second column.

WASCO will also on Wednesday, seek to address some of the problems associated with leaks in its raw water lines.

Hippolyte said the current drought conditions continue to intensify, forcing the company to come up with creative and proactive ways of servicing its many customers with potable water. The water level at the dam, he said, continues to drop.

“We want to reiterate what the Met Office has been saying and that is we expect to be in drought conditions until September. So we have ahead of us a few months. What it means for us at WASCO is that we must plan to be able to sustain ourselves right through to that period,” Hippolyte said.

Hippolyte said the water levels in most of the island’s 33 intakes have been diminishing with some areas experiencing worse effects than others. He added that some communities in the west, south and east of the island have problems with water supply while others do not.

As for Castries, water supply has been affected due partly to the John Compton Dam’s inability to store water to its optimal capacity as a result of heavy silting. The current El Niño effect has also served to exacerbate WASCO’s water supply capacity.

The lack of adequate rainfall is also worsening the island’s water supply and Hippolyte said WASCO has since had to activate other sources of water, including the Vanard and Ravine Poisson systems, installing standpipes and water tanks in some communities, and trucking water to schools and hospitals.

Hippolyte said the rationing and valving schedule instituted by WASCO recently will intensify depending on the severity of the circumstances. He is, therefore, urging citizens to use water sparingly and not indiscriminately.

Hippolyte said if needed the 12 million gallons of water available at the Deglos plant would be made available to the public who can obtain that water by visiting the plant.

Hippolyte said the study undertaken to determine the way forward for desilting the John Compton Dam has been completed and the appropriate measures are being taken before the desilting phase begins.