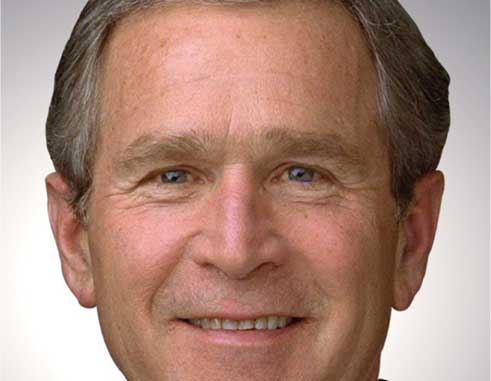 ABOUT two weeks ago I met an old friend by sheer accident whom I hadn’t seen for eons. Now a retired CEO, my friend had managed companies in just about every sector in our local economy. Before long, we were sitting in a local bar having a drink, reflecting on our enduring friendship, respective careers and the general vicissitudes of life.

But it wasn’t until the point when we started discussing the local private sector and the economy that he began to reminisce about the ebb and flow of his management career and what had shaped both his notion and perception of leadership effectiveness. At one point, he complained that he had witnessed one industrial sector after another exhibit incompetence, bad service, inefficiencies and disastrous decisions. “In my professional lifetime”, he lamented, “I have seen supervisors and executives promoted to positions with responsibilities that they couldn’t fulfil. The result was often a depressed staff and in most instances, lagging productivity growth.”

I was thrust into a management debate by his trenchant remarks, to which I replied pungently: “Apparently the cream rises until it sours!” I felt compelled to relate my own experience abroad and how I had come face to face with the spectre of managers with skills mismatches, often resulting in operational mediocrity and poor management decisions.

Of course, I’m well aware that more often than usual, the people who run those institutions and departments didn’t necessarily intend to do such lousy work. They were simply victims of an immutable circumstance called promotion, which I’ll explain is not always a good thing. Now in principle, I have nothing against promotion per se, but sometimes it comes with a hidden dark side. It’s called the Peter Principle, and when it erupts it can wreak havoc on departments, government bureaucracies, personnel and productivity.

The Peter Principle, the eponymous law Dr. Laurence J. Peter (educator and psychologist) coined in his 1969 book has had far-reaching applications and implications outside of the business world. As the New York Times put it, “Dr. Peter explains why incompetence is at the root of everything we endeavour to do—why schools bestow ignorance, why governments condone anarchy, why courts dispense injustice, why prosperity causes unhappiness, and why utopian plans never generate utopias. The Peter Principle brilliantly explains how incompetence and its accompanying symptoms, syndromes, and remedies define the world and the work we do in it.”

Based on systematic observations by Dr. Peter, he postulates: “Workers who do well will keep getting promoted up the ladder until they reach a point where they can no longer excel. Then they stay stuck in that role, getting by with average-to-poor performance, preventing more capable people from taking on the role. Multiply this effect across all major positions within a workplace and soon you’ve got a company filled with mediocrity in all its top managerial jobs.” In other words, a worker who may have excelled at his position is now promoted to his level of incompetence, a (reward) that eventually exceeds his field of competence.

At any rate, what obtains is a fluid situation where capable followers are promoted to be incompetent leaders or capable teachers rise to become poor administrators. Today if you look around in the various company offices and schools across the length and breadth of Saint Lucia, you might just discover in many instances the sagacity and relevance of Dr. Peter’s management theory.

In the realm of international politics, when I think of the Peter Principle, ex-President George W. Bush and the inimitable Sarah Palin spring irresistibly to mind. Prior to becoming President of the United States, Mr Bush’s career as a Texas oilman and Governor, by published account, was reasonably successful (rewarding is perhaps a better word), having attended Harvard Business School where he earned an M.B.A degree, and subsequently made millions in the private sector through deals and business networks. However, as America’s 43rd President, his performance can best be described as “a hand with all thumbs”. He received heated criticism from all and sundry over his handling of the American economy, the Iraqi War, Hurricane Katrina and countless other challenges during his presidency.

In recent years, some economists have even begun to hold his administration responsible for the Great Recession that engulfed America and the rest of the world in 2008. In the eyes of many, not only was President Bush a prodigy of incompetence and wastefulness, he was often seen and portrayed as a well-to-do stooge with a biblical and simplistic weltanschauung. In the end, eight long years of George W. Bush left us with plenty of televised satire, both good and bad. The issue over whether he was unfairly targeted and demonized by the world’s media, considering the less than stellar performance of Jimmy Carter and Ronald Reagan, is still contentious. Perhaps President Richard Nixon better understood the idiosyncrasies and challenges of the job when he declared, “It is the responsibility of the media to look at the President with a microscope, but they go too far when they use a proctoscope.”

In any event, have you ever looked at your boss and wondered “Who promoted you? Most likely he had succeeded at everything he tried, and got promoted, until he failed, and then stayed put in a job that he didn’t do well. The fact is people are often promoted on false assumptions or on the wrong premise. Someone who may have done an excellent job as a mechanical engineer where technical skills are required, is now elevated to a supervisory and middle management position which calls for tactical insight, conceptual skills and executive ability. Not only might the employee lack the requisite management skills, he may not even have the interpersonal skills needed to lead a team.

Still, I once experienced a situation where a company had promoted a star researcher to supervisor. That move had cosmic implications for the company’s research output in terms of quality, hands-on creativity, the gathering of data and methodical speed. Having realized the strategic mistake, the star researcher was eventually returned to his previous post, albeit appeased by a much higher salary.

When such developments occur, a company or department ends up with a situation where it has to stomach an incompetent manager and at the same time suffer the loss of a skilled technician. The problems created by this promotion are compounded by the idea that an incompetent manager will make incompetent decisions – including deciding who to promote.

As is conventional in the world of human resources management, assessing an employee’s potential for a promotion is often based on their performance in the current job. But why do companies, institutions and government departments employ the same old yardsticks and benchmarks when it comes to staff promotion?

No wonder, according to US management research, management and leadership competence in pursuing targets, incentives and monitors, especially at the supervisory and middle management levels, have suffered serious setbacks in the last decade. Albert Einstein explained this process when he defined insanity: doing the same thing over and over again and expecting different results. Further, the research demonstrates that incompetence is on the rise everywhere. But how could incompetence be on the rise when knowledge and tools proliferate?

The observations made by Dr. Peter remain just as true today as they did in 1969. He observed that one reason so many employees are incompetent is that the skills required to get a job often have nothing to do with what is required do the job itself. “The skills required to run a great political campaign have little to do with the skills required to govern. There is nothing about being a great surgeon that prepares a doctor to run a hospital. Learning to be a great litigator in no way prepares a lawyer to run a law firm. Many organizations, from hospitals to law firms, use such standards to select new leaders—yet devote little or no attention to their management skills. They often end up with lousy leaders and lose their best individual performers.”

Let’s allow Peter, from the introduction to his book, to have the final word: “If man is going to rescue himself from a future intolerable existence, he must first see where his unmindful escalation is leading him. He must examine his objectives and see that true progress is achieved through moving forward to a better way of life, rather than upward to total life incompetence.”