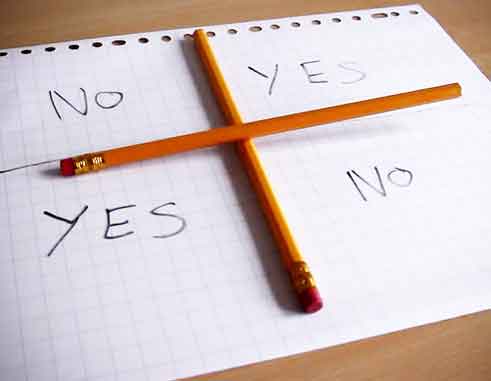 WHEN will teachers learn that students are the great pretenders and that at any given opportunity, they will play everyone like expert puppet masters?

The latest craze dominating headlines worldwide, The Charlie Challenge (Gosh I’m rolling my eyes just typing the name down) has given students the perfect platform to exercise their drama skills and lead you to believe that they are deeply affected.

I should be more specific, this is the perfect platform for the older children especially in Secondary school to practise their drama skills.

I remember my years at school both here and in the UK. We would seek out new ways of getting teachers to send us home for the day or more without getting into trouble, of course.

We would spot the tiniest patch of mould on the wall and that would be our cue to start scratching our skins and complain that we can’t breathe properly because there was something wrong with the walls and ceilings and that these conditions were in no way conducive for us children to stay in for one minute longer.

Or who could forget the good ole dead bird or rodent that’s stuck in the wall or the ceiling and no one could get to it…cue that one person slipping under the desk and sticking their finger down their throat making themselves vomit which would be followed by the rest of the class complaining of being too nauseous to focus on their studies.

We would be sent home for a whole day or two…more if we were lucky and it was discovered that there was indeed an issue and our mission was accomplished so we would soon be on a new one to find something else to complain about.

Like I said, we were pros, and that hasn’t changed. The children are still pros and in fact, are even more advanced at the game than we adults can imagine.

Now we have the Charlie Challenge which is only the latest in a string of crazy internet trends where a Mexican Demon named Charlie is summoned with pencils.

Now I don’t want to sound ignorant or like a complete skeptic. I mean, I guess I could say that my mind is somewhat open about this game because at the end of the day, you NEVER know.

I’m not one to go around worried about demons and evil spirits because I choose to focus on the positives in life and on…good. As for superstitious etc, I’m the last person that anyone would label that, but on the other hand, I won’t ignore the strong signs of the spiritual world that exists around us all.

Don’t ask me for proof…I just believe, the same way I believe with my all heart that there is a God.

However, with that said, I totally understand how the younger children being told about the game could be affected because after all, we are talking about the possibility of a demon haunting them, but the big hard backs in secondary school? Nahhh, the drama game is in full swing with these children claiming that they can’t come in to school because their desks are levitating or the windows and doors have minds of their own.

While I understand the need for schools to practice all precautions for the benefits of their students and their well-being, I’d advise the said schools to be very vigilant and look closely at the students because I can assure you that they will milk this opportunity for as long as they possibly can.

The students say that their furniture is moving. Call their bluff and either put them in a different class for the day or leave them where they are as punishment for going against school rules and playing the game even after they were warned not to. Either way, don’t fall for their trickery.

And might I add…and this is not only to the teachers but for the nation as well: while we are all focused on this Charlie guy, there are bigger fish to fry like CXCs and Common Entrance…and that’s just for the school. Outside of school, there is an island to run with way more important things to do than to chase after the Spanish Casper, the not so friendly ghost.

Can we get back to business and leave this fad where it belongs…on the internet for dummies to freak out over? Unless we are indeed a nation of dummies then by all means, knock yourselves out but for goodness sake, step aside for the real world to keep spinning while you’re in your corner worried about children and their pencils.

I feel sorry for this Charlie guy if he does exist…the number of people calling his name all at once, he must really wish that he could R.I.P…Aye Dios Mio!!!