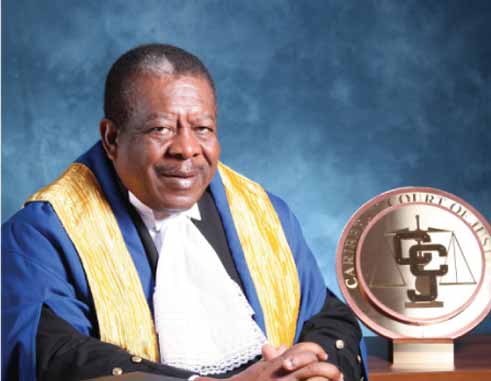 A LARGE contingent of local, regional, and international arbitrators will converge in Kingston, Jamaica, next month for the Chartered Institute of Arbitrators (CIArb) – Caribbean Branch, centennial conference.

The event, being hosted at the Faculty of Law at Mona, the University of the West Indies, between July 6 and 11, has attracted facilitators who include judges, lawyers, and academics in the field of arbitration from as far as Lebanon, Canada, and the United Kingdom.

“These facilitators have been complemented by an impressive list of arbitrators from the USA, the wider Caribbean and Jamaica,” says CIArb – Caribbean Branch chair, Dr Christopher Malcolm, who added that the decision was taken to host a conference of this nature because of its ability to assist in human resources capacity building for the region, as well as the push to implement required changes to the region’s arbitration regimes.

Former US Ambassador and partner of the renowned law firm, Chadbourne & Parke, in New York, Julissa Reynoso, is among the practitioners, who will speak at the event.

After a year of planning, Dr. Malcolm and his team have also secured the likes of Professor Nayla Comair-Obeid, partner at Obeid Law, who is head of the dispute resolution practice arm of that firm.

Joining the ranks are other heavyweights including, Judge of the Commercial Court of the Organisation of Eastern Caribbean States, Justice Barry Leon, and litigation expert, Rocio Digon, who is counsel at the ICC International Court of Arbitration. She is based in New York.

The first of its kind to be held in Jamaica, delegates already registered from overseas include persons from The Bahamas, Barbados, Trinidad and Tobago, Anguilla, St. Lucia, British Virgin Islands, Dominica, Canada, and the USA.

The conference will assist regional capacity building, and will also present networking opportunities for the policy-makers, lawyers, architects, engineers, quantity surveyors, accountants, other business professionals, academics, and students who will attend. Activities will include a Mock International Arbitration under the ICC Rules, which will be the first of its kind ever presented in the region.
“In recent years, there has been an increasing push by several jurisdictions within the Caribbean region to establish arbitration as a viable alternative mechanism for the settlement of disputes,” stated Dr. Malcolm.

He asserted that while there is an expectation that arbitration could become more popular for the settlement of domestic disputes and so relieve the courts of mounting pressure, the clear, even if not stated, intention of these jurisdictions was to see the development of arbitration centres that will be able to attract arbitration of international disputes.

The Centennial Conference is being sponsored by the IMPACT Project, the Organisation of American States (OAS), Jamaica Chamber of Commerce, the University of the West Indies, Jamaica Tourist Board, the ICC International Court of Arbitration, and the Secretariat of the United Nations Convention for International Trade Law (UNCITRAL).