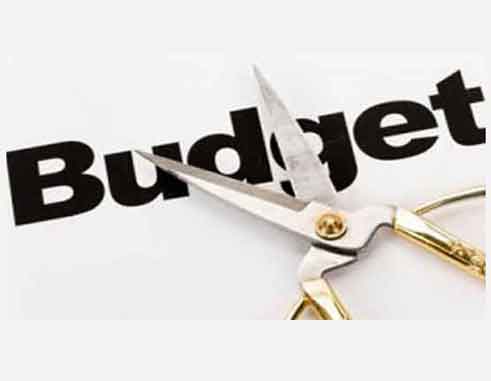 BARBADIAN government officials have often been heard quipping about meetings between private sector groups and the government that have become so commonplace that they are barely noticed by ordinary Barbadians. Essentially, the common thinking underpinning this prevailing circumstance is that when a country’s infrastructure is struggling, the private sector through partnerships with the Government can chip in, which should result in increased scope for public savings, reduced policy uncertainty, promotion of innovation and the creation of wealth. Further, public-private partnerships are more likely to deliver projects on time and on budget, as well as guarantee maintenance standards for the life of the asset.

First sought after during the macroeconomic dislocation of the 1970s and 1980s, public-private partnerships, also known as PPPs or P3s, are long-term contracts between a government and a private party to deliver an infrastructure service — involving the sharing of risks and rewards among the contracting parties. Such joint ventures and partnering arrangements add value to existing capital stock through synergies between public authorities and private sector companies – in particular, through the integration and cross transfer of public and private sector skills, knowledge and expertise.

To all intents and purposes, many nations are now seeking innovative ways to place their economies on a path of economic growth. Facing limited capacities to meet the growing demand for infrastructural development, governments are now tapping private sector participation with a view to combining the strength of state resources in the provision of public goods, with that of the private sector – in particular, its ability to move swiftly and deliver high-quality services on time. What seems true is that the most amazing innovations and successes have and continue to come from PPPs. One can well appreciate that when investors have their own money in the game, they have a major incentive to avoid budget overruns and missed deadlines because this cuts into profits.

Since the establishment of Invest Barbados in 2007, there have been concrete steps taken through the Social Compact to facilitate public/private dialogue in order to establish the institutional framework necessary to expedite the efficient and cost-effective delivery of projects. Despite the structural economic problems Barbados faces, it is widely believed that such public-private alliances may have significantly addressed some of the shortcomings in government policy designed to sow the seeds of growth.

The relative achievement of Barbados as an example of a country that has employed public-private alliances, has brought into sharp focus the significant shift in development thinking and practice. Recognizing that the country’s pressing problems were far too complex and resource-intensive to be addressed by the public sector alone, the Barbadian Government worked together with the private sector to ensure the country was able to secure better access for its tourism service providers and investors under the CARIFORUM-EU Economic Partnership Agreement (EPA).

Similarly, the Government of Canada established PPP Canada in 2008 through the Canada Business Corporations Act. According to the country’s Finance Ministry, “Under the auspices of the Act, Canada has embarked on many P3 projects, ranging from bio-fuel development, to water treatment facilities, mass transit systems, and bridge construction.” By published account, other countries where PPPs have become enshrined in legal frameworks and government policies are Ireland, Finland, Sweden, Australia, New Zealand, Spain, Malaysia and Singapore.

Not surprisingly, the financial crisis of 2008-11 has brought about renewed interest in PPPs in both developed and developing countries. As a result of that debilitating recession, governments had to contend with higher borrowing costs, lower levels of credit and reduced international capital flows. This made it all the more urgent to find innovative ways to combine public and private financing to meet the mounting demand for infrastructure. The World Bank admits, “Given the present fiscal constraints and the need to stabilize debt-to-GDP ratio, governments are increasingly turning to the private sector as an alternative source of funding to meet infrastructural needs in order to spur badly needed economic growth.”

In our own neck of the woods, PPPs can become a game-changer both in terms of the transfer of operational and financial risks and in the pursuit of developmental goals. Given the capacity constraints and bottlenecks facing the Saint Lucian economy, PPPs can help meet fiscal and growth targets through higher productivity of labour and capital resources in the delivery of projects.

Recently, the International Finance Corporation (IFC), a member of the World Bank Group, was chosen as the lead advisor to assist the Saint Lucia Air and Sea Ports Authority (SLASPA) and the Government of Saint Lucia to structure a public-private partnership for the redevelopment and operation of the Hewanorra International Airport (HIA). The Government of Saint Lucia has said that the redevelopment of Hewanorra International Airport will support Saint Lucia’s long term economic and social development. This course of action will stand us in good stead since I believe it to be a way of gradually exposing state owned resources and government to increasing levels of private sector participation (especially foreign) and exploring PPPs as a way of introducing private sector technology and innovation in providing better public services through improved operational efficiency. Hence, the private capital-public good model is a good economic approach that will redound to the benefit of taxpayers.

However, PPPs also involve significant risks and may not be right for all projects. In some instances PPPs may not be the lowest-cost way to procure infrastructure. At any rate, there is a tremendous need for thorough project administration and due diligence carried out by a professional and independent agency to help the State navigate the complex world of public-private partnership and to make sure deals are structured properly so the public gets the best return on its investment in infrastructure. Information will have to be furnished on how these contracts work, who benefits and who pays. There are cases in other countries including the United States where public leaders failed to ask the right questions to ensure they were getting a good deal. Public risk has to be priced fairly; otherwise, taxpayers will never know whether PPPs are any cheaper than building things the conventional way.

Public-private collaboration has been a key driver in countries’ strategies for diversification, competitiveness and development, and for successful integration into the global economy. It is now time to move from dialogue to action.